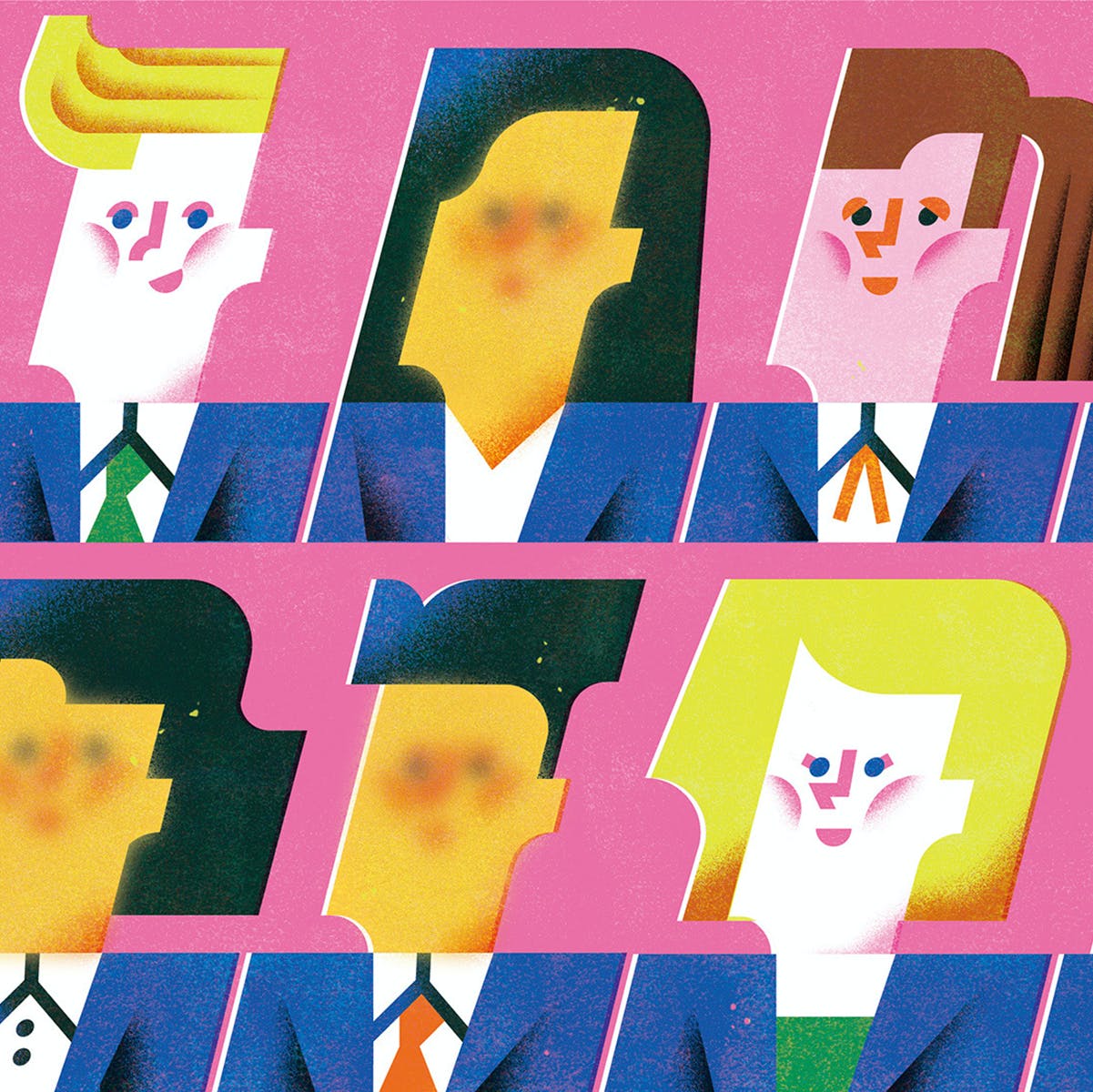 “I remember anime and comics were my main source of creation. I used to do my own comics and remember being torn apart by my mom because studying was the only priority a teenager should have, ”says Taiwanese illustrator An Chen.

“It wasn’t until I chose my university major that I started to think about my career path. Back then I went to a big bookstore in town and read a graphic design magazine called IDN, saw a digital illustration and remember I was so drawn to colors and vibrant and vivid shapes. It was then that I decided to become the person who could create that kind of image.

After this decision, Chen received his bachelor’s degree in graphic design in 2012 and spent four years as a designer before switching to illustration about three years ago. To broaden his knowledge, Chen did a Masters in Children’s Book Illustration at Cambridge. “It’s a pretty specific course, we didn’t learn how to create beautiful illustrations, the main lesson of the course was to observe things around you and represent them through sketches,” Chen explains.

“After a period of observational drawing, our interests would be revealed, which we would then pursue with narrative imagery. I think this is the essence of artistic creation, it has to be authentic to yourself. ”

Now based in Taiwan, Chen has found the illustration scene to flourish through numerous art book fairs and illustration markets. “I would say we have a strong influence from Japanese culture, so our illustration industry is more product driven, like Hello Kitty and Kawaii culture,” Chen notes. “Illustrations are more visible on stationery products than on publications. I think that’s why editorial illustrations don’t get paid very well here.

In addition to contributing illustrations for various book projects, Chen has been commissioned overseas by the Wall Street Journal, the Boston Globe, and the New Republic. The illustrator is inspired by geometric shapes and she feels that her background in graphic design has certainly had an influence.

“My illustration methods are heavily influenced by typography. You can observe in my work that I often shape my illustrations with serifs in square brackets or put them in italics, ”explains Chen. “For the texture side, I really like the design of the matchboxes from the 1950s and 60s, especially those from the Soho Lipnik factory. I am using mono printing to replicate the old print texture they have.

Sticking to a relatively digital creative process, for his editorial work, Chen says the nicest part is taking an existing topic or problem and transforming the concept into his own style. “I also love studying the editorial work of other illustrators, there are so many brilliant and clever ways to convey the same tedious subject matter. I think it shows the level of creativity and talent of an illustrator, ”says Chen.

Some of the challenges Chen faced during these types of projects have been dealing with clients who don’t always understand his job. “Sometimes they just want something to fill the page. I know this is the case when they ask me to change my characters, my color scheme or even the texture I use, ”says Chen.

“I felt very offended early in my career, but now I’m more comfortable with my clients, even though I feel underestimated. It’s all part of the mental toughness it takes to stay professional and productive.

Ultimately, being an illustrator for Chen is more than a job, it’s a lifestyle and an identity. “I’m happy that my art can be seen and appreciated by people I admire or have never met,” she says.

“All I can hope for is that people can be encouraged by my strong shapes and vivid colors, feel happy and positive for having lived in my work.”