In some cases, a user can populate their computer-generated room by selecting virtual objects from a pre-existing library. However, this limits the customization of the computer generated room.

One method is performed on an iPad using one or more cameras. In different layouts using the device.

In some implementations, the iPad is configured to present computer-generated graphics content and to allow optical transparency or video transmission of at least part of the physical environment (for example, including a table) on the screen.

As shown in Fig. 4A, the iPad also displays a # 410 content creation interface and a # 420 tool panel on the screen. According to some implementations, the content creation interface is configured to detect / receive user input such as sketches or lines with an Apple pencil held by the user or user touch / finger input. Depending on some implementations, the tools panel includes selectable tools configured to modify one or more characteristics of user inputs retrospectively and / or prospectively, such as line thickness, line color, line type. , fill color, fill texture and / or the like.

Apple’s patent FIG. 6 illustrates a flowchart representation of a placement process based on sketches of computer generated graphic objects. 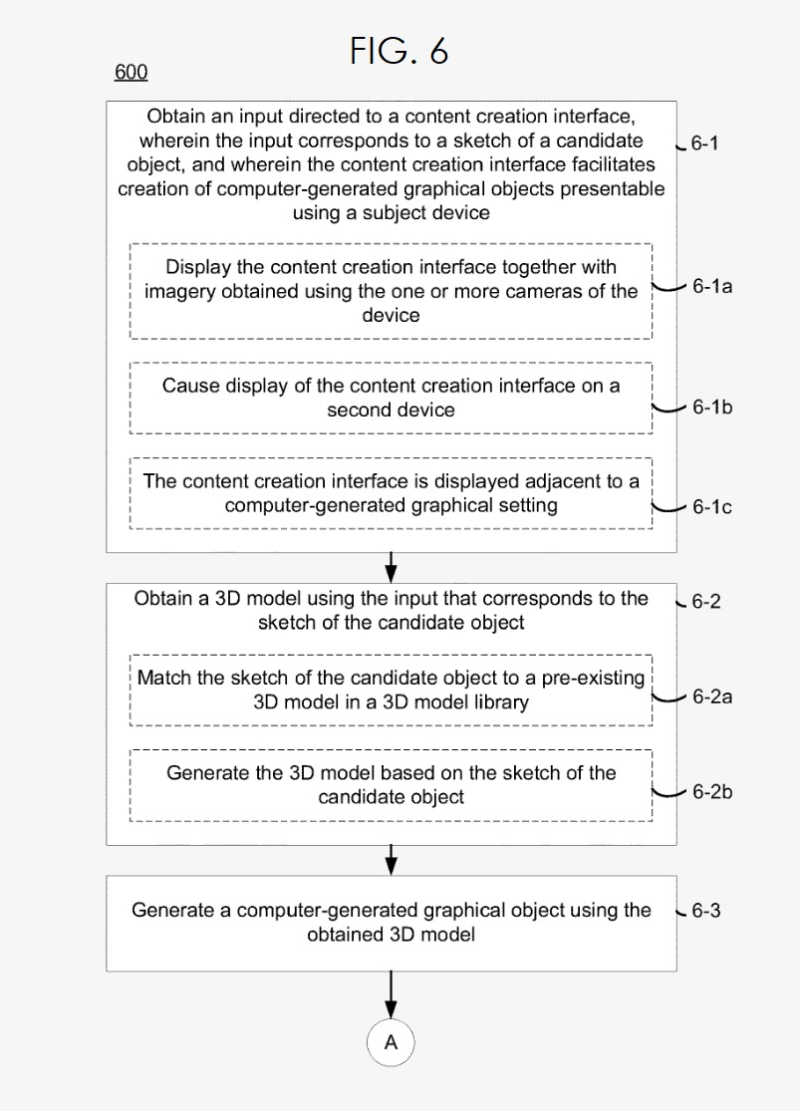 Since this is a patent application, the timing of marketing such a product is unknown at this time.