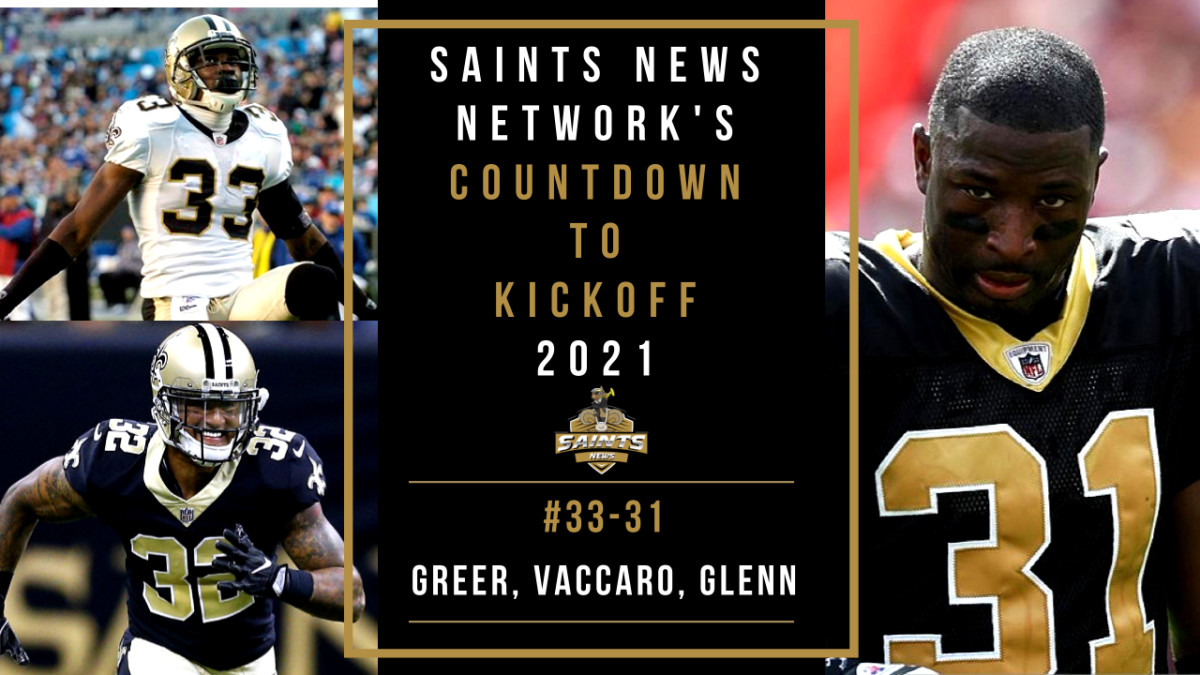 The New Orleans Saints are within 33 days of their Week 1 clash with the pack. Here is a look at three saints who sported the numbers 33, 32 and 31.

Greer joined the New Orleans Saints after spending his first five NFL seasons with the Buffalo Bills. Joining the Saints in 2009, Greer missed a lot of time during the regular season due to injury, but returned for the playoffs. The 1-2 punch of Greer and Super Bowl hero Tracy Porter is one of the most memorable CB couples in the Who Dat nation. Greer had 12 tackles and 4 PDs in the 2009 New Orleans playoffs, helping the Saints win their first Super Bowl title. In five years at New Orleans, Greer played 63 games, recording 256 tackles, 9 INTs and 2 TDs in 60 starts. Today, Greer works as a football analyst for TSN.

The New Orleans Saints selected Texas SS Kenny Vaccaro with the 15th overall pick in the 2013 NFL Draft. Vaccaro’s first game in the black and gold was a memorable one. Against the Falcons, he snapped a pass intended for tight end Tony Gonzalez at the goal line, and the Saints intercepted to secure a Week 1 victory over the team’s big rival. His best season with the Saints came in 2015. Vaccaro totaled 104 tackles, 3 sacks, 5 assists defended and 1 INT. In five seasons with the Saints, the former first-round pick started 67 games, making 385 tackles and 8 INTs. Vaccaro signed a 4-year contract in 2019 and now plays in the NFL for the Tennessee Titans.

Aaron Glenn joined New Orleans at the end of a successful NFL career. The three-time Pro-Bowl selection played just four games for the Saints before being placed in the injured reserve, ending his NFL career. Eight years after his only season in New Orleans, the Saints hired Glenn as the team’s DB coach in 2016 after serving as a DB assistant coach for the Browns for two seasons. Glenn has helped turn the league’s worst pass defense into one of the most exciting defensive backfields in the league. After the 2020 NFL season, Glenn joined the Detroit Lions coaching staff as a defensive coordinator.

For all the latest New Orleans Saints news and rumors, follow: