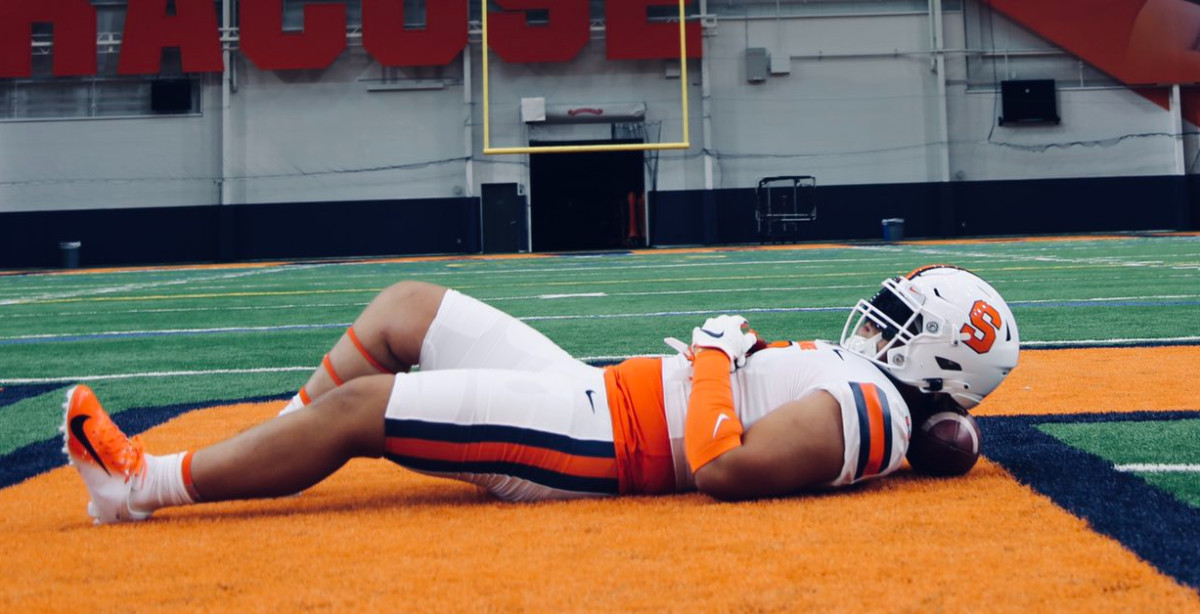 CLICK HERE TO SUBSCRIBE TO ALL SYRACUSE’S FREE NEWSLETTER TO GET THE LATEST ORANGE UPDATES SENT TO YOUR INBOX!

Jackson paid an official visit to Syracuse over the weekend of July 18. During the visit, Jackson got a good idea of ​​the program and the school. It was also his first time on an airplane.

“The buildings are great,” Jackson said after the visit. “They’re very old, but inside it’s very new. It was wonderful. The people are amazing. The team is awesome. The head coach is awesome. The defensive coordinator is awesome. defensive line coach is awesome. It was an amazing experience. It was my first time on a plane. I took four planes for the first time in my life in three days. My mom and I stayed there. a good time. I didn’t really feel like a rookie (Jackson clarified that it meant he felt like a current player rather than a rookie) when I was there. It was magnificent. And the Dome. The Dome is crazy. It’s also air-conditioned. It was amazing. And their food. “

The visit made a strong impression on Jackson, who is looking to make up his mind before September.

“Honestly, they’re at the top of my list,” Jackson said. “I liked it a lot. They are at the top of my list. When I got an offer from Syracuse, I knew it would be a tough decision between them and the other schools. To be able to go to campus and talk to the coaches in No one, to the players, that really pushed him higher than he was. I can say Syracuse is in my top for sure. “