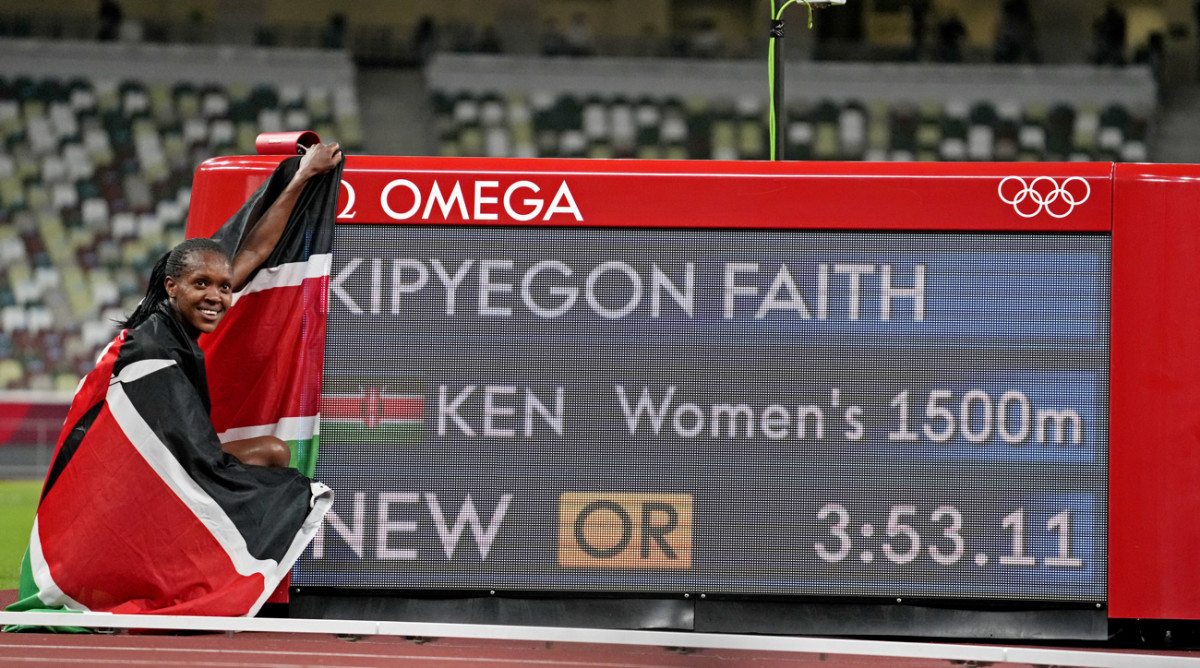 Kenyan Faith Kipyegon successfully defended her gold medal in the women’s 1,500 meters at the Tokyo Olympics with an Olympic record of 3: 53.11. With this victory, she becomes the first woman to win two consecutive Olympic gold medals since Tatyana Kazankina of the Soviet Union in 1976 and 1980.

Kipyegon won gold in 2016 and then gave birth to her first daughter in 2018. She returned to the world stage with a silver medal at the 2019 world championships and clocked the fourth fastest time in the history with a personal best of 3: 51.07 in Monaco. Diamond League in July to head to Tokyo as the favorite.

“Once I crossed the finish line it was a very emotional moment for me,” said Kipyegon. “I thought about my daughter who I left at home. She wanted me to bring home a gold medal, and I’m so happy and excited that I did.”

Dutch star Sifan Hassan, who surprised many by falling in the first round of the 1,500m and then getting up and winning his respective series, just 12 hours after winning gold in the 5,000m, tried to pull away on the last lap but Kipyegon managed to overtake her on the back section. Briton Laura Muir also took the plunge and won her first world championship medal with a silver medal in a British record of 3: 54.50. Hassan won bronze in 3: 55.86.

Kipyegon’s victory ended Hassan’s attempt to become the first person in history to win Olympic gold in the 1,500m, 5,000m and 10,000m. Hassan will have to return to compete in the 10,000 meters on Saturday.

“I’m happy with the way everything is going, but I feel stressed every day,” said Hassan. “There’s nothing else to do but focus on Saturday’s race. I’m already focusing on that. I have to… The body is very tired. I need it for tomorrow.”

For Muir, it was the best moment of his career after years of near podium accidents. After finishing seventh at the Rio Olympics over 1,500 meters, she clocked a personal best and national record of 3: 55.22 in the Paris Diamond League just 11 days later. She finished fourth in the event at the 2017 world championships, then fifth in 2019.

“Since Rio, it’s been five years that I want this medal and I miss it every time a little bit … And finally, to come away with this medal, it’s great.”

Sign up for our free daily Olympic Games newsletter: Very Olympic today. You’ll discover the best stories, the little events, the things you might have missed while sleeping, and links to the best writings of SI journalists on the ground in Tokyo.

More coverage of the Olympics: