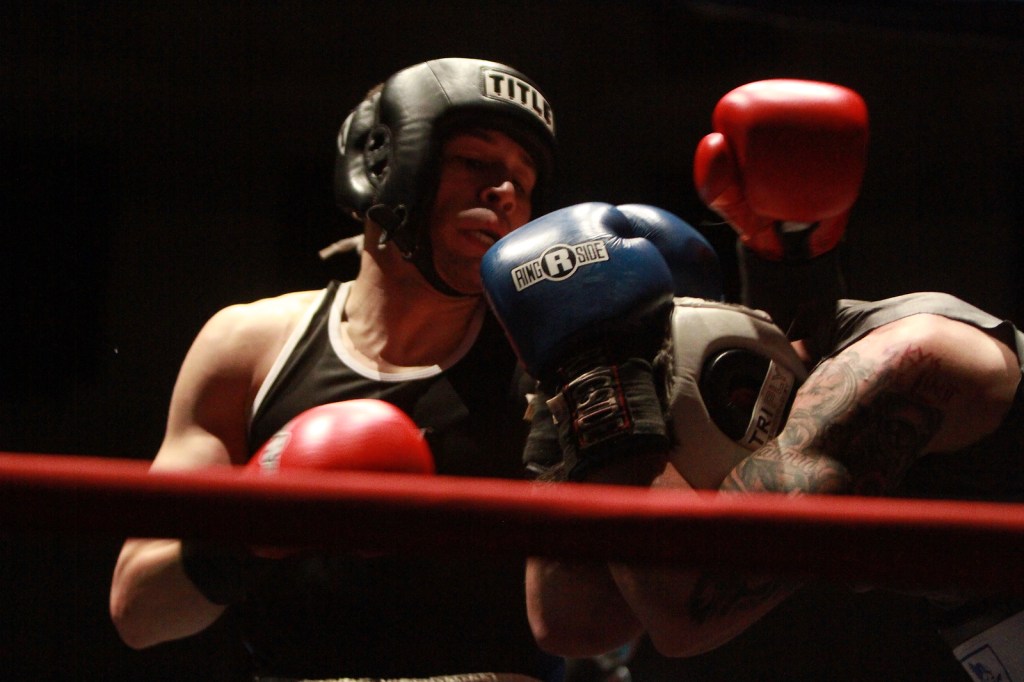 Luccess Freire and Nathaniel Seng gave their hometown crowd something to cheer about, earning a pair of impressive preliminary-round wins at the 75th Annual New England Golden Gloves on Thursday at Lowell Memorial Auditorium.

Presented by Lowell Sun Charities, the nine-week boxing tournament continued with action from the Week 2 novice round in the Top-Central preliminaries.

Freire was focused in his second-round TKO of Alex Marrero. The hard-throwing right-hander established the jab early in the first, while packing a thundering right cross that stunned the Worcester boxer on several occasions. The devastating blow forced a pair of eight counts in the first round, the second of which was saved by the bell.

“As soon as I got in the ring, I was ready,” said 19-year-old Freire. “It didn’t matter if I wanted to die or vomit, or if my arms were going to fall off. I was going to fight until I was dead.

A 6-foot-1, 178-pound right-hander, Freire continued to hammer in round two, with several stunning combinations that warped Marrero. The West End gymnasium fighter had his opponent on the ropes, before the referee finally intervened a third time, calling the fight at 1:52 of the second round for the TKO.

“As soon as I landed that right hook, I knew he was dazed,” Freire said. “I heard my coach say ‘go ahead. That’s when it was my turn to turn up the sound and take it.

According to coach Patrick Shaw, Luccess is dedicated to his craft.

“This kid shows up and gives me 150%,” Shaw said. “When I tell him what I want him to do, he doesn’t ask me why, he does it. That’s what separated him from the rest of the kids in the gymnasium. I love his work ethic.

A graphic designer at Lowell, Freire has been a lifelong fight fan.

“Since I was a kid I felt like I couldn’t do anything, but this sport really puts me in a position of potential,” said Freire, who credited Shaw for his expertise. “A lot of people support me. I was raised to be a man, to be a warrior and that really applies.

Another local who made an impact was Nathaniel Seng.

The 5-foot-6, 137-pound forklift operator got his second wind, beating Worcester’s Justin Laytha in a split decision. The Union Street boxer nearly painted himself into a corner after a lackluster first round but seemed to find his place on the next two, taking the upper hand.

“It feels good,” Seng said, pointing to round two as the turning point. “I knew how he was going to fight, so I just have to fight in a certain way to counter that. We had to go in and keep knocking.

For Seng, there is nothing greater than the feeling of stepping into the squared circle.

“That’s it,” said Seng, who has been boxing for three years. “Some people think it’s all about strength. It plays a big role, but you think about it a lot.

The night featured a bit of everything from one-sided landslides to tightly-knit decisions, with multiple TKOs sprinkled n.

The Top-Central New England preliminaries resume on Thursday January 27, with a semi-final scheduled for February 3.