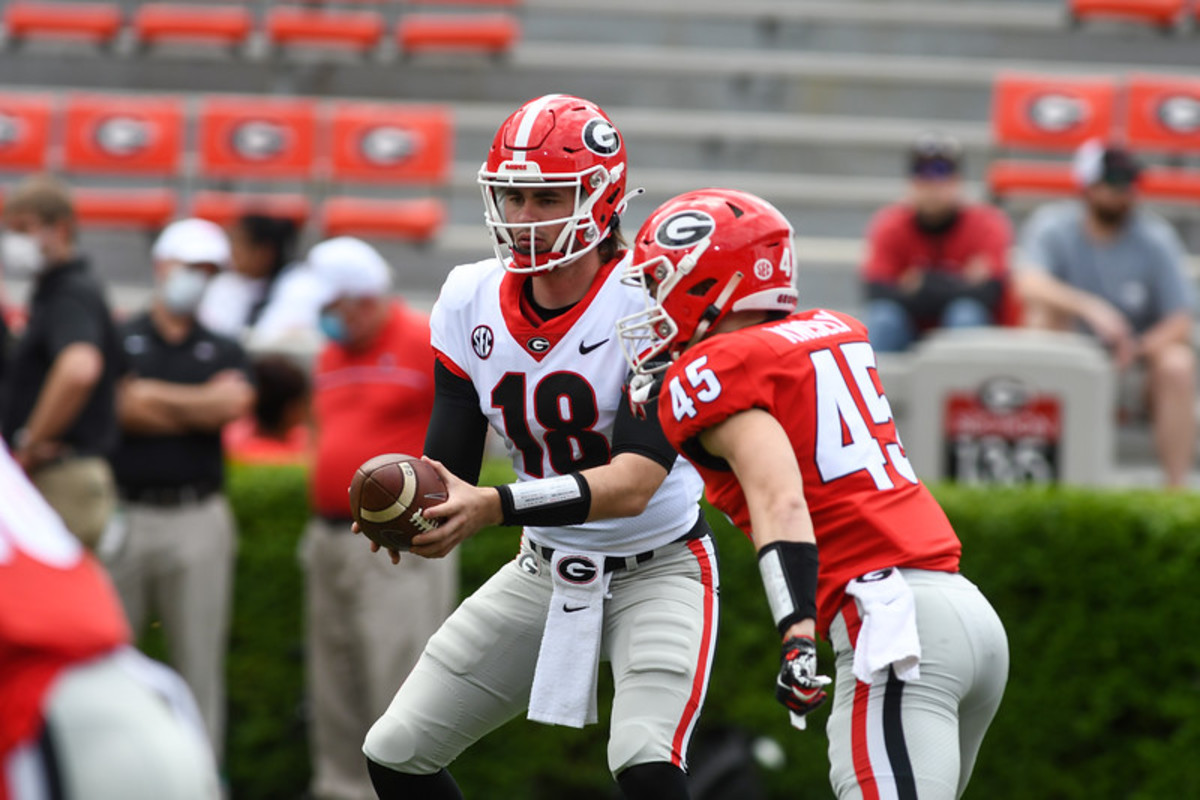 The Maxwell Award is presented annually to the nation’s best college football player, and Georgia quarterback JT Daniels has been named to the preseason watchlist.

While the voting committees for the Heisman Trophy and the Maxwell are different, the two generally go hand in hand. For example, Alabama wide receiver DeVonta Smith won both in his record-breaking campaign in 2020.

Daniels is arguably the Bulldogs’ most talented starting quarterback since Matthew Stafford. Stafford went on to become the No.1 pick in the NFL Draft and had an exceptional career with the pros.

Last season, the Bulldogs were desperate for an explosive starting quarterback. After falling to 4-2, Georgia decided it was time to see what Daniels could bring to the table.

He hit the ground running in his debut against Mississippi State. Daniels finished with 401 passing yards and four touchdowns, two records for a Georgian quarterback on his first start.

The Bulldogs ended the year 4-0 with Daniels, including a victory over the Cincinnati Bearcats in the Chick-Fil-A Peach Bowl. He’s totaled eleven touchdowns for just two interceptions during the year and has the respect of everyone in the Bulldogs’ locker room.

History tells us that Daniels could have declared himself for the 2021 NFL Draft and likely would have been a late pick on day two.

He chose to stay in college and will likely be a first-round pick after this season. Daniels will look to bring Georgia back to the national title match and win it for the first time since 1980.