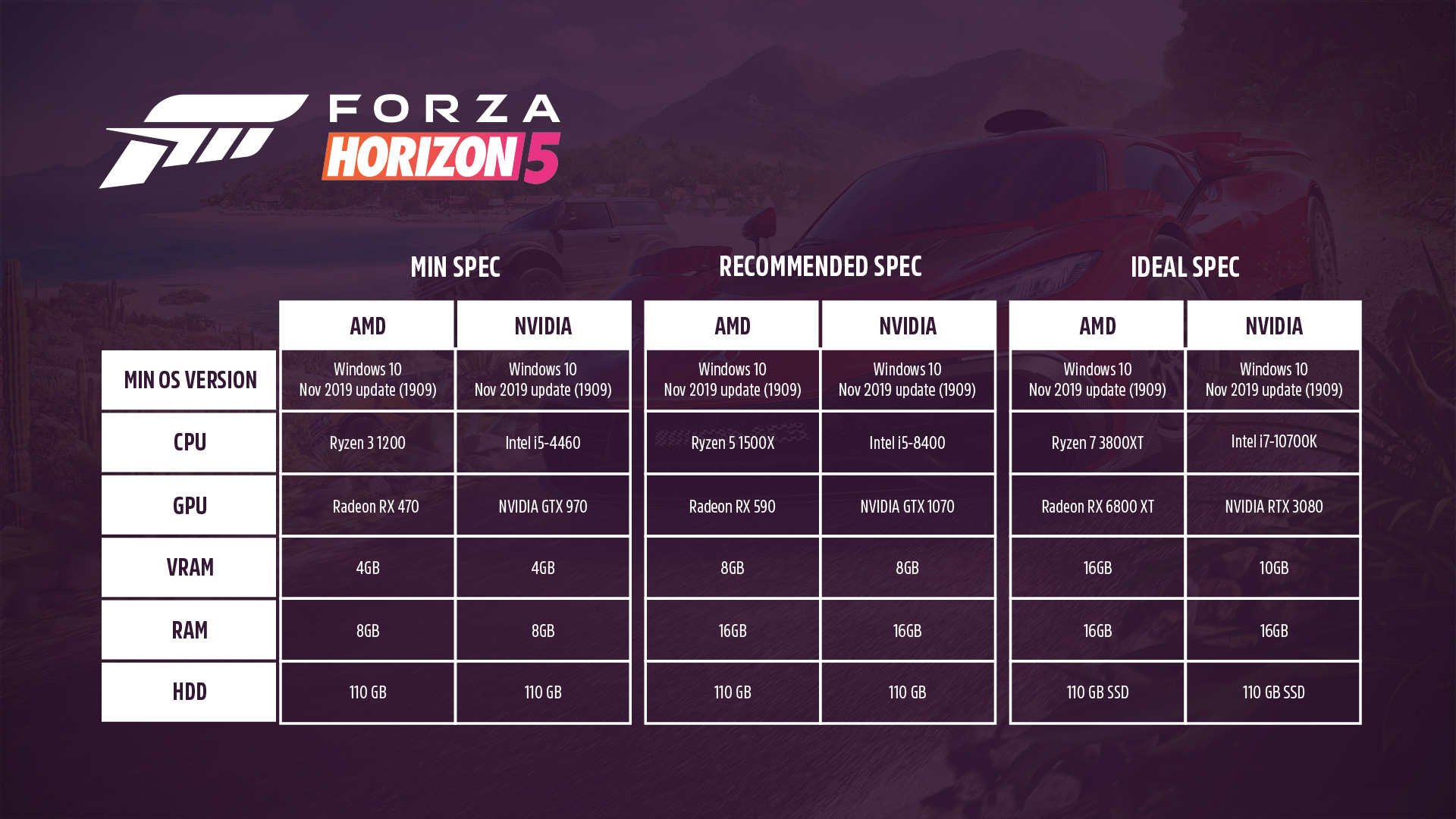 The new Forza Horizon 5 is slated to launch next month, and the closer we get to this month, the more enthusiasm for this highly anticipated release seems to increase.

And while so many people are waiting to play the next Forza, there is one question that many gamers hope will be answered sooner rather than later: Will their computers be able to handle the new title and the beautiful graphics that will be? it included?

Well, now we have an answer because the system requirements for Forza Horizon 5 now come in three different versions namely minimum, recommended and ideal.

So let’s start with the minimum specs if all you’re interested in is just playing the game without necessarily getting the best graphics.

On an AMD system, you will need at least a Ryzen 3 1200 processor and 8 GB of RAM, as well as a Radeon RX 470 with 4 GB to be able to play Forza Horizon 5. If you are committed to NVIDIA, your system needs at least at least an Intel Core i5 4460 processor with 8 GB of RAM and an NVIDIA GTX 970 graphics card.

Needless to say, the ideal specs are the ones that will allow you to experience the best of the new Forza Horizon 5 in all its glory.

In this case, your computer should have a Ryzen 7 3800XT processor and a Radeon RX 6800 XT graphics card, both with 16 GB of memory. For NVIDIA users, the best Forza experience requires an Intel Core i7 10700K processor with an NVIDIA RTX 3080 card.

Either way, you need to be running at least Windows 10 (the next Windows 11 will obviously be supported as well), as these are the only operating systems with Xbox services. The game will require 110 GB of storage space on your system, and for the best experience, you should use an SSD.