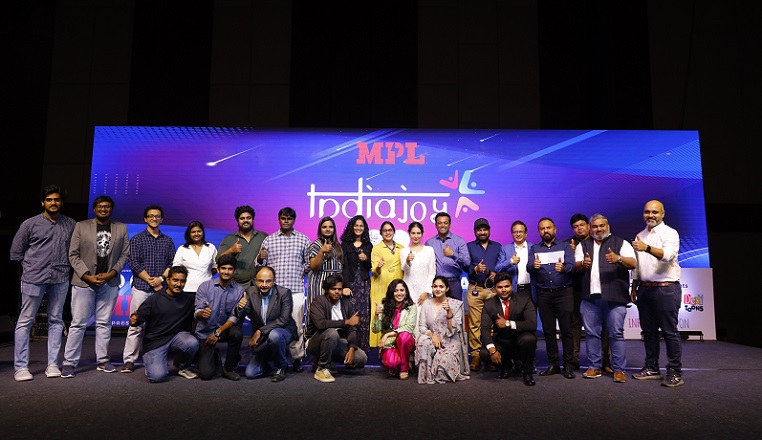 India Joy 2021 Digital VFX Summit opened with an explosion of promise with Biren Ghose, Country Head and Chairman of Technicolor India’s National AVGC Sub-Committee, setting the background and discussing the huge growth model of the VFX segment in India.

The digital entertainment festival, in its fourth edition, has seen a unique convergence of businesses, business leaders, content creators, professionals from the gaming, animation, digital media and entertainment industries. The first day of the highly anticipated VFX Summit with over 5,000 attendees from over 30 countries ended with eye-opening discussions, expert tips and tricks that would be useful for young people.

The policy of the AVGC is what Ghose has aggressively lobbied with his valuable recommendations tabled before government agencies. A few months ago, AVGC discussed politics in all its nuances and details at CII’s Summit FX.

Comparing the computing power they have in animation studios to that of ISRO or any other space center in the world, Biren shares, “We buy the most sophisticated computers for each artist from the suppliers and they all change. every two years. We have robust data centers; we have about three data centers in the same place where I’m sitting; and these operate 24/7. The pandemic has shown that people can work anywhere. AVGC has 75 percent of its money from exports. We were discussing strategies with the central government at the inauguration of the CII summit in Delhi. We are looking for $ 100 billion for India to make our industry one of the industries that is going to be a big step for India in the world. We want the Prime Minister and cabinet in India to say; as we have brought so much to the world we are the greatest storytellers in the world for our own people in our own country and of course for indians living everywhere but we can do more than that.

Ghose optimistically shares: “As a $ 35 billion industry today; we are looking at the growth of a hundred billion dollars. It means grow three times, which will happen to scale. We should keep the infrastructure in 2-3 places and we should work in many places. The Telangana government’s invitation is compelling. They want to work together. Today we have states that play a key role in developing the quest to create this $ 100 billion industry. There is healthy competition among the countries in which India is doing very well. The places, states and cities of India will be part of this place. “

The visual effects industry has a lot to offer in terms of India’s big pitch to the world, with most of the heavy and big ticket content still being worked on by a large number of Indian artists. With a slew of Oscar-winning international studios like Framestore, DNEG and MPC opening their physical offices in India one after another, it’s obvious that this art of post-production is in demand.

Ghose explains, “If I take Hyderabad, Bangalore, Trivandrum, Chennai, Mumbai and Pune; these are the established players in this industry. We will now go beyond these places. The conversation I had with Srikant Sinha from TASK in Telangana who is now connected to 309,000 students to think about how we can spread the future where people can embrace what they are doing at different stages and our industry becomes many avatars of computer graphics; there is a UI / UX component; there is a preview component; you saw it in Einstien’s wheel. A lot of things that we didn’t do in India to create this end-to-end plan are now possible with Indian artists. So I think we’ll go where the talent goes. We’re an artist-driven company and we’re here to make sure that the best tools, the best technology, and the best work environment or cafe to tell their stories.

With the Image Tower representing the hopes and aspirations of this $ 35 billion industry, Hyderabad’s new minarets, Biren shares, are going to call out VFX artists and he sees it as “a fantastic opportunity.”

Informing AnimationXpress of the progress they have made so far with the visual effects policy, he shares, “We have come to the conclusion as an industry and we have been able to achieve this recognition from many governments. A policy is not something you set in stone and watch. A policy must be a living document. When we decided on the policy, we hadn’t yet decided how much we wanted to make for the games. Since this policy, and because this policy is a global document, Telagana has moved forward and made the link with STPI and created centers of excellence for games so that it evolves in one direction. You saw the fantastic ad on the webinars with Jayesh Ranjan where he said he wanted an esports policy. And that’s at a very early stage. Politics is a living document that changes and evolves as technology changes and markets change and the most important word in the world today is; Transformation.”

Transformation is the fitting word to describe what the AVGC industry is definitely witnessing with Metaverse, OTT platforms, and dynamic content consumption models of the masses.

“The transformation has happened because there is a transformation at the customer level. If there are new things that people want, it causes transformation. It is consumer or customer driven and technology driven. As consumers demand change and the devices in their hands change, we are able to drive that transformation, ”he concludes.