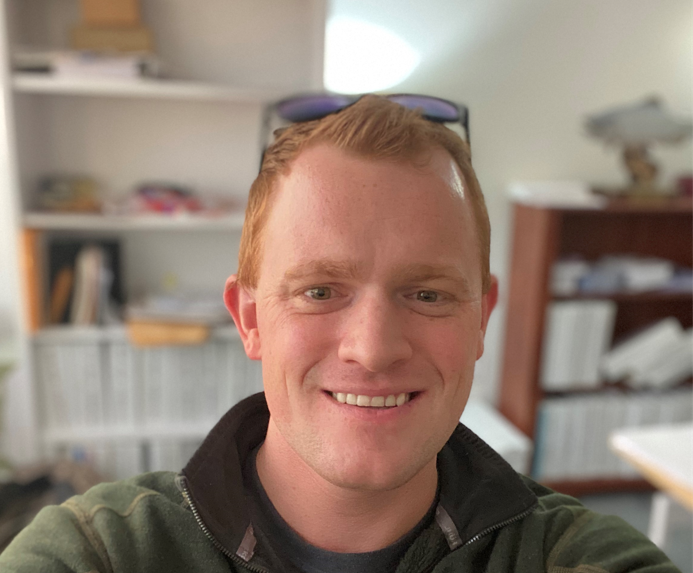 Monday January 9 will be my last day as Legislative Assistant to Senator Bill Wielechowski (D-Anchorage). When I walked into the Capitol on my first day as an intern, I didn’t know what to expect. As a foreigner, my limited expectations have been shaped by the many political TV shows I’ve watched on Netflix and the talking heads on CNN, FOX, and MSNBC. While you might feel like you’re living an episode of VEEP at times, the real experience is much different.

I started working as a legislative intern in 2017, then after graduating with a political science degree from the UAA, I worked full-time for five regular sessions and eight special sessions. I began my political career in a turbulent political climate both in Alaska and in the country. I have worked for the legislature through three US Presidents, two Governors, two Presidents of the State House, and three different Presidents of the State Senate. Additionally, there have been 39 new members of the Alaska State House and 13 new members of the Alaska State Senate since January 2017.

I am asked all the time what it is to work in the Legislative Assembly. I used to tell people that it depends on the day. Some days you only have a few hours to try and become an expert in settling trust bills that you don’t know at all, other days you feel like a private investigator diving into some background research on the bank. confirmation hearing of a commissioner, while other days are devoted to travel agent, graphic designer, photographer, journalist or social worker.

Overall, I have enjoyed my time as a legislative assistant. The job can be extremely rewarding when you know you played a role in creating good policy for the state or helped a voter get their PFD when the state mistakenly withheld it. But some parts of the job can be frustrating and hurt the intentions you first walked through the door with.

During legislative sessions, Juneau becomes a legislative bubble for the staff. Many staff come from across the state, live in temporary accommodation (often with other staff as roommates), spend all day working together, then go out to dinner and socialize. I have developed great friendships with many staff from all walks of life and political beliefs. There is often an outside perspective that politicians only socialize within their own camps, but that couldn’t be further from the truth. Juneau is too small, and life is too short. Friends will never agree on everything, and it would be boring to only associate with people who agree on everything. I sincerely enjoyed the many friendships, conversations and debates I have had with people across the way. Relationships are essential if you want to be successful at your job. When you can put politics aside, you learn to be a better staff member.

Besides working with great people, you can also learn about the internal functions of our state government. Every day, the Legislature hears from experts from across the state and nation. These people share their experience and knowledge on various policy issues in the hope that you will take their expertise into account when developing good policies for the state. If you take the time, you can learn more by sitting in a committee hearing than on a college campus. If you want to become an expert in a policy area, resources are available at your fingertips. It’s a great feeling to be able to work with policy experts, legislators and staff to pass good legislation to benefit the state while expanding future opportunities in your area of ​​interest.

Many of the reasons I liked this job in the beginning are no longer a reality in Juneau. Much of the legislative work depends on relationships. COVID-19 is partly to blame for the lack of socialization, but there is also a growing hyper-partisan climate in Juneau. People are less willing to walk across the aisle for a beer or even be courteous to each other. Before the 2020 pandemic, the Legislature hosted many semi-formal social events where people were forced to be in the same room with each other. This includes things like the Thursday night bowling leagues (where the teams are made up of employees and lawmakers from both political parties) and the many receptions hosted by various groups on their trips to Capitol Hill. Since COVID-19, parties, the bowling league, and all opportunities for socializing outside of work no longer exist. Due to this lack of socialization and camaraderie, partisanship and a sense of mistrust pervaded Juneau.

As the national and state political worlds have become more polarized, good politics has been one of the many casualties. As a staff it has been demoralizing to see hyper-partisan, bad faith-created legislation consuming much of the Legislature’s time while beneficial changes in state policy fall victim to play. policies. For example, hundreds of man-hours were spent working on a bipartisan bill to update Alaska’s alcohol laws (which were last updated in years 70) to die on the eve of the last day of the session, which means another year passes. where it is illegal to play live music in a brewery. Instead of spending time working together to get good legislation passed, staff devote most of their energy to preventing harmful or particularly interesting legislation from becoming law. Partisanship also reduced the likelihood that a minority idea, regardless of its merit, would be incorporated into law.

The toxic political atmosphere in Juneau must change. I am taking a break from this line of work and will focus my energy on electing people who I believe will change Juneau for the better. In 2022, the governor and 59 of the 60 legislative seats in the House and Senate will stand for election. When considering who you will vote for, choose legislators with a collaborative spirit. Pick people for whom it is more important to have an effective and meaningful state government that creates good policy, and avoid those who use inflammatory political rhetoric that divides to win votes. Ideologues tend not to make good policies, and that’s what Alaska needs right now.

It has been a great honor and privilege to serve in the Alaska State Legislature serving the constituents of Northeast Anchorage and the residents of this great state. I am incredibly grateful for the opportunity and hope to be back someday.

Nate Graham moved to Anchorage in 2013 to study at the University of Alaska Anchorage. He has worked as a legislative assistant since 2017. He is stepping down to lead Democrat Les Gara’s campaign for governor.