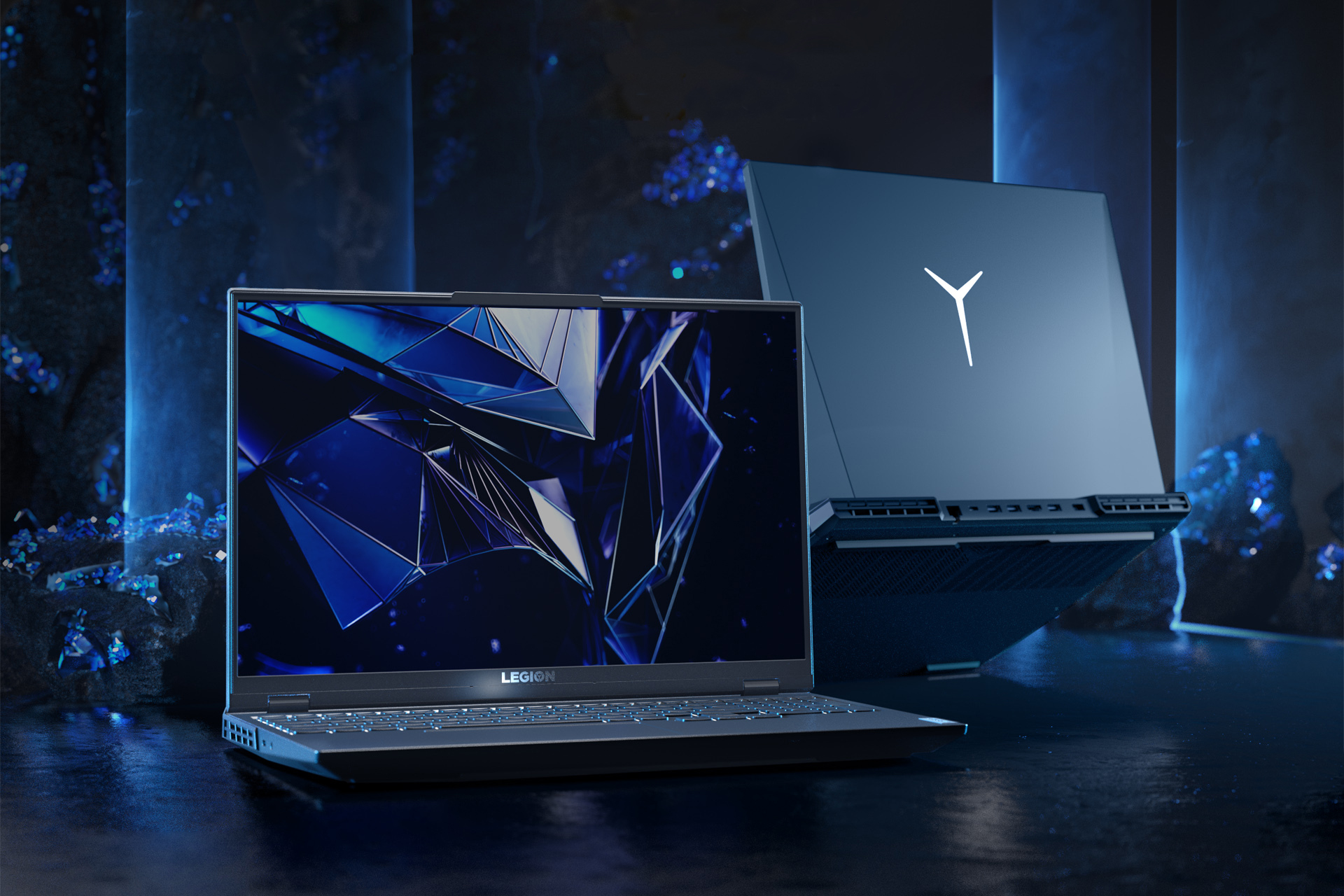 The more powerful the graphics system, the more heat it generates. So while other laptops get super thin and turn into tablets etc., a gaming laptop has to embrace a certain… big chunk. This thickness accommodates the cooling system, which consists of heat sinks, heat pipes (to conduct heat) and fans. These work to suck cool air into the laptop base, push it over the graphics chips, and then through various exhaust vents.

So every gaming laptop should be designed around literal holes on the back, and often on the sides as well. It means thick, and thick means ugliness… that’s why gaming laptops are so elaborate. Custom LEDs, a logo that lights up, odd curves in space or at the top end, just wrap it all in a super expensive metal case.

But of course, this style adds to the cost of the laptop. How? It’s not that easy to figure out, but for some of us, knowing that we paid a few hundred dollars to light up the edges of the grille… well, that can really confuse us.

There is a correlation between the sophisticated appearance of a gaming laptop and its power. Entry-level machines may sound like a regular laptop, but you don’t have the power. Somewhere in the middle, the amount of LED and curved plastic peaked in chintz. Then, at the top, machines like Lenovo’s Legion 7 and the Alienware family, bundle it all into machines that are big, thick, expensive, and truly stylish.

So where does the Lenovo Legion 5 Pro fit into all of this? Well, the idea here is to pack as much gaming performance as possible into a laptop that seems, for this segment, to be positively underrated.

That makes it a breed of its own, as at $ 2,699 it sits above Lenovo’s other Legion laptops, but doesn’t look much different, certainly with the lid closed.

What’s different is the setup. There is a big jump in the performance and functionality of the Legions below, especially when it comes to the graphics chip and display.

Eye of the credit card holder

Gamers are very demanding when it comes to computer display. Resolution and size are just the start – they also need to know the refresh rate. A higher maximum refresh rate is preferable.

When the laptop is on and playing games, the difference is less in size than in other built-in screen technologies. The 165Hz refresh rate gives the screen the ability to deliver really, really smooth movement and animation, which can make a huge difference to the way a game plays.

This is combined with NVIDIA G-Sync, an esoteric sounding system that allows the graphics chip to synchronize the game’s frame rate with the screen. Or maybe the other way around. It’s complicated, but essentially the more technically demanding the game, the more G-Sync helps keep it playable. In other words: once you’ve played with G-Sync on, you never want to go back.

The guts and the glory of the game

The Legion 5 Pro also offers a choice of NVIDIA RTX 3000 series graphics chips. While the 3080 is reserved for the Lenovo 7, the 3070 and 3050 are available here, and while the 3070 is the obvious choice, the fact that you can choose to save a little by switching to the 3050 encapsulates what the Lenovo 5 Pro is. about – pay for gaming hardware, not for LEDs and anodized aluminum housings.

The RTX 3070 brings ray tracing to the laptop, and while it won’t perform at the super smooth frame rates we saw when testing the Lenovo 7, it will support all the latest games and you will. will decide if you want. to run at that sharp 2560 x 1600, or go down to 1080p and enjoy the sunlight play on the crippled bodies of your fallen foes.

For a midrange chip like the 3070, the real advantage is support for NVIDIA’s DLSS technology. It stands for “Deep Learning Super Sampling” and adjusts the game’s resolution, but dynamically, to keep everything running at a constant frame rate. Does it sound impenetrable? It does, but it also makes the latest games run smoothly.

Our benchmark for punishing unworthy systems is Cyberpunk 2077, with ray tracing and other effects set to high. The Lenovo 5 Pro has done a great job of maintaining that crucial 30fps, below which all action and movement becomes choppy and, finally, unplayable.

In fact, we’ve been impressed with how the Lenovo 5 Pro has handled the current crop of ray tracing demo games. Metro Exodus Special Edition, Resident Evil Village, and even a return to EA Control – the Lenovo 5 Pro treated them all with aplomb. And a moderate amount of fan noise after we’ve been playing for 10 minutes or more.

The rest of the best

The processor here is an AMD Ryzen 5, which brings a lot of power to a gaming machine that otherwise relies on its graphics chip. It is supported by 16 GB of RAM, but you can also configure the Legion 5 Pro with 32 GB.

The storage for all of these games, and for everything people use computers for, is handled by a 1TB SSD, which you can upgrade to a maximum of 2TB. Again, the specific type The SSD used by the Legion 5 Pro is the same as that of the Legion 7, a faster high-end standard.

There are speakers and sound comes out of them, but like all gaming laptop speakers, they play a secondary role behind cooling fans, especially in more demanding games. There’s something called ‘3D Nahimic Audio for Gamers’ which is a software layer that … well, according to Nahimic, it “positions every sound in your game with surgical precision” which is just fluffy, and “recreates a multi-channel experience on your stereo device “which basically means there’s an equalizer. Either way, it makes games sound good, we guess.

Returning to the modest exterior is Lenovo’s RGB backlit keyboard, featuring a numeric keypad and cursor keys, which stands out primarily for its pro-grade solidity (thank you, Thinkpad!) And the way it looks. reminds how stupid RGB backlighting is. Backlit keyboards are excellent. Red-green-blue spiral animated configurable LED keyboards remind you that you paid for the RGB backlighting.

Like most gaming laptops, the Legion 5 Pro Chunk means a lot of ports. Four USB-A, two USB-C, and an HDMI port for your weird “I have a laptop, but I’m connecting it to my TV for some reason” fetish. Seriously, there are enough ports for you to run the Legion 5 with an external monitor, keyboard, and mouse. Which brings us to the trackpad, which gamers aren’t going to use. But it’s there, at least when you first set up Windows 10.

Lenovo is one of those brands that offers a billion different laptop configurations, across the marketplace, which might be why they’ve designed a gaming laptop that looks like something your job. might assign you, but configured (and priced) to deliver unmistakably gaming-oriented performance.

Other gaming laptops, including Lenovo’s Legion 7, impose a cost on the thrifty gamer, in the form of styling and LEDs (still with LEDs). For most gamers, it seems the style is worth the unknowable (but impossible to ignore) cost. Even if that means a lower resolution screen.

But if you can understand why the laptop is “so thick” (cooling) and prefer to spend your money on hardware that plays games, the Legion 5 Pro offers a refreshing grip.

It’s still a thick and heavy laptop in Lenovo’s brutalist style, and the fans are loud when you play games, and the battery is basically not worth talking about because when you play unplugged you will have two hours maximum. But it gives gamers a portable, high-performance platform, with the flagship features that matter: display, graphics chip, and high-speed SSD.

There are gaming laptops that feel more special than the Legion 5 Pro, and there are cheaper gaming laptops. But the price-performance balance here deserves your consideration. Don’t let the competitors distract you with their pretty lights.

Looks like all business with the lid closed, but this business is a game.

The lack of gamey designy style is a boon to some

RGB keyboard is difficult to configure