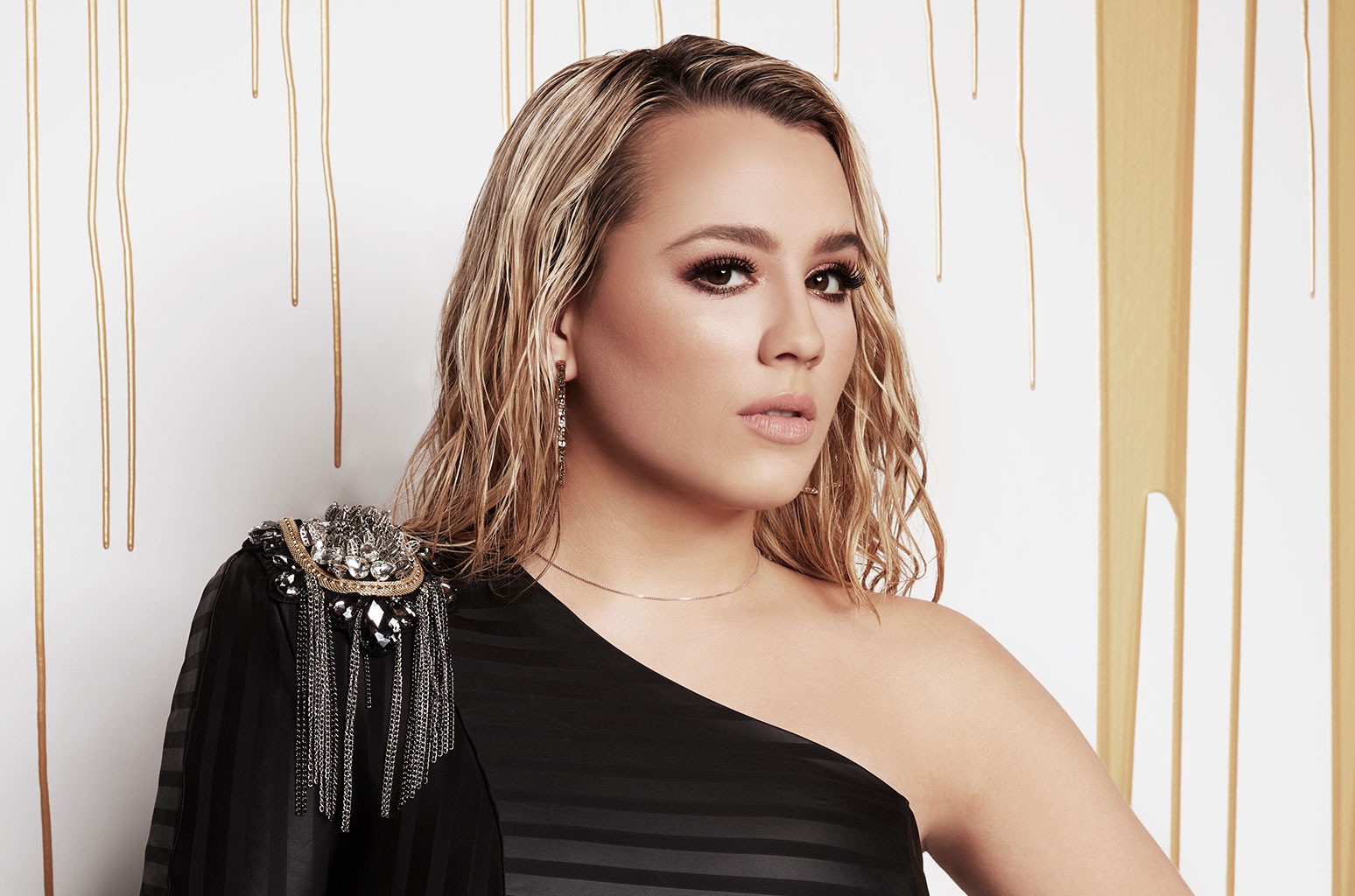 “I wish I had a song like this to listen to when I was going through this stage,” says Barrett, acknowledging “Footprints” as a song addressed to both herself and her current fans.

Humans didn’t reach the moon in a day, nor did Barrett hit the national stage overnight. But every day, every step forward, along the way, was crucial as she struggled against the negative internal voices that are part of everyone’s existence.

“It’s like a complete flashback to me,” Barrett says. “When you finally find yourself at that low point where you feel like you want to give up, or you’ve invested a lot in it and you’re just reflecting in the mirror, you have to look at yourself. , give yourself a pep talk like, “No, you can do it, and you have to keep going and persevere. “Of course, that’s something I did when I was younger.”

“Footprints” is, and rightly so, an example of perseverance. Songwriter Jon Nite (“Break Up in the End”, “Living”) brought up the title periodically during co-writing sessions for at least a year – more likely two or three – but it never really connected with everyone. in the room.

“It’s such a weird concept, but I think every country boy that was sitting in the truck looking up and looking at the stars and seeing the moon at night – I mean, it’s crazy to think that a human in 1969 stepped on the moon, ”he says.“ If we can do it with the limited technology we had in the 60s and no microprocessors, I feel like we can do anything . “

Nite had a believer in “Footprints”: Zach Kale (“I Hope”, “The Good Ones”), who asked to be part of the writing team whenever Nite found another willing participant. When Barrett came up with the idea during a writing session at Kale’s home in East Nashville in February 2020, the conditions were perfect. Nite thought it was a song that could take six or seven full writing sessions, and Barrett has such a strong work ethic they knew they had found a third writing partner to stick with it.

“This is a group that doesn’t hesitate to look for the best idea at all,” says Kale.

Nite only had the title and a few other lines from the chorus, and finishing that anthemic section was the first priority. They focused on the personal level in the first part of this stanza – the negative comments from the outside world and inner demons – before zooming out on that “footprints on the moon” hook.

Returning to the start of the song, they started at Mount Everest – another hill few people are able to climb – and spelled out the pessimistic messages that hold people back: “It’s impossible”, “You’re too young” , “You are too old.” That negativity provided the tension in the song, which the chorus “Footprints” eventually overcomes, but they put it down for a few weeks to give it more time to marinate.

“We didn’t have to rush,” says Barrett.

When they reunited again, verse two became a personal reflection of Barrett’s work ethic – “You’re going to want to stay home, don’t stay” – and Bridge encouraged the listener to overcome fear of losing.

“John maxwell is a leadership guru, and he wrote a book called Sometimes you win, sometimes you learn“Says Kale.” That’s probably where that kind of bridge comes from because that’s how I live my life. Some days you will win; some days you’ll just be close enough and want to give up. But hold on. “

At the end of this second session, Barrett sang a lead vocals for Kale’s demo that was so loud that it became the final performance of the main version of “Footprints”.

“I can’t get away with that sounds like a rough voice,” she said. “It must seem well done enough that my mind can leave the room.”

The pandemic was just beginning to emerge when “footprints” emerged. For the master, Kale remotely stacked musicians on his original work, including the drummer Nir Z, keyboardist Alex wright and banjo-guitarist Jonny Fung. Kale gave the track an eerie texture that intentionally sounded like “I Hope”.

“I was a graphic designer, and we had a brand identity business for a long time,” he explains. “So there is something for me – especially a new artist – [creating] a mark for them to have. I wanted when this project came for you, without them even singing, know who that is for sure. “

Before the end, Kale contacted the Los Angeles-based singer. Rozes, whose overlapping harmony parts provide additional atmospheres. And Barrett hit her husband Cade Foehner for a throaty and compact guitar solo that ends with lightning and burst.

“The last piece of the puzzle was working on Cade’s solo, which absolutely blew me away,” said the co-producer. Ross copperman (Dierks Bentley, Brett Eldredge). “He’s such a good guitarist.”

“If I’m being very blunt, I’m like, ‘I don’t really know if this needs that,” Kale recalls. “And now I don’t know if I would hear it without it.”

Because the moon has no atmosphere, the footprints Armstrong left in 1969 would stay there – perhaps as long as the moon exists – unless disturbed by an asteroid or space debris. But the creative imprints Barrett leaves don’t have to last that long; the post is for his fans today.

“It’s fantastic to think about it just now, just do it for the sake of saying you did it,” Nite said. “Whether they remember you or not, it doesn’t matter, you know. It’s a bit like all the people who have climbed Everest. Who knows you’ve climbed Everest? at this point, but you know you’ve done it, and deep inside you can look at yourself in the mirror and say, “I’ve done somehow the hardest thing my life. Pretty cool.”

Warner released “Footprints” to country radio via PlayMPE on June 14, and it appears for a second consecutive week on the New & Active charts.

Barrett sees it as the completion of a trilogy. His first single, “I Hope”, undermined his past; “The Good Ones” celebrates her current life through her relationship with Foehner; and “Footprints” is about creating your own future.

“Continuing to travel is very, very important for me to talk,” she said, “and to push whoever wants to listen.”

This article first appeared in the weekly Billboard Country Update. Click on here to subscribe for free.