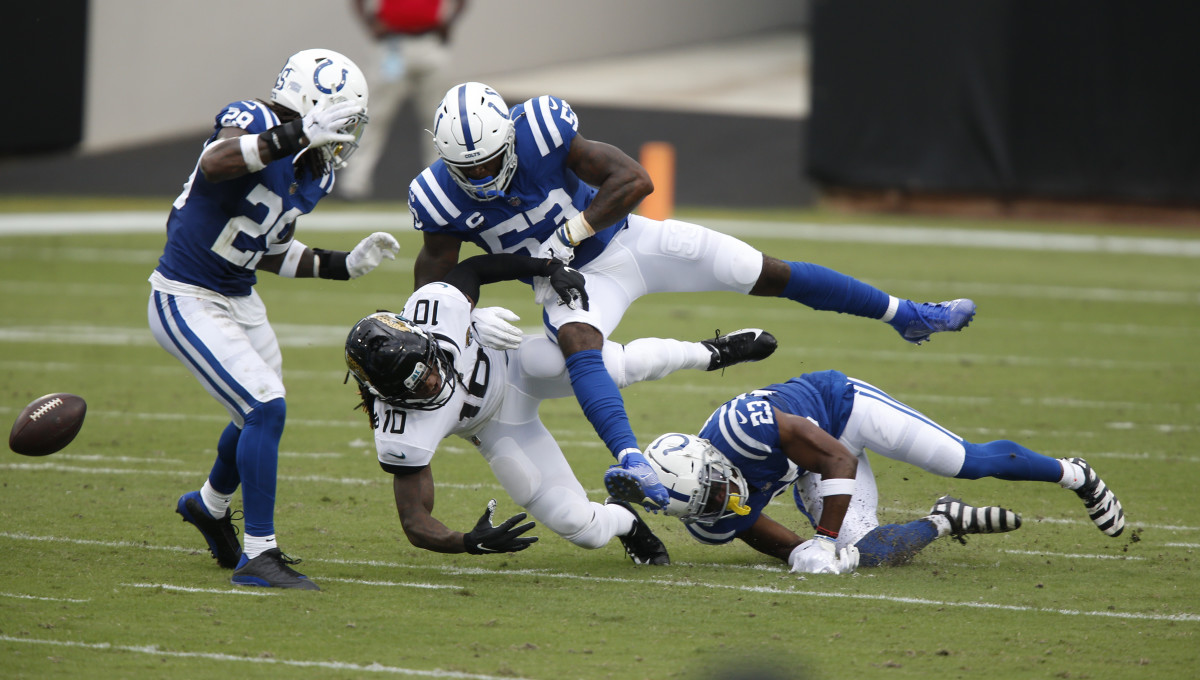 OWINGS MILLS, Md. – The Ravens could use depth to safety behind DeShon Elliott and Chuck Clark.

Baltimore has several rookies and sophomores competing for spots on the roster, including Geno Stone, Jordan Richards, Nigel Warrior and Ar’Darius Washington. Brandon Stephens, a rookie third-round pick from SMU, can also transition to the safe cornerback.

However, the Ravens could use an experienced player like Malik Hooker, who is still looking to hang on to a squad.

Hooker is an intriguing player who was selected 15th overall in the 2017 NFL Draft by the Indianapolis Colts after a stellar career at Ohio State.

Injury has unfortunately been the biggest story of Hooker’s career so far. He missed the last nine games of his rookie season in 2017 and, after playing 27 games over the next two seasons, he missed all but two games last year with a tear in Achilles.

Hooker has seven interceptions in his career, including three in those seven games in 2017.

Hooker has visited the Cowboys, Dolphins and Steelers before since becoming a free agent

“It’s about fitting into the perfect system so that I can go out there and show off my talents,” Hooker told SiriusXM NFL Radio. “There were a few teams that I visited that I thought about a lot. Now it’s just a matter of taking my time with this. Training camp is next month, not next week, so I have time to still be able to sort things out and hopefully go further to see what else the teams are talking about. Maybe meet some teams that I have met before, hopefully.

– Alain Poupart from AllDolphins contributed to this report.