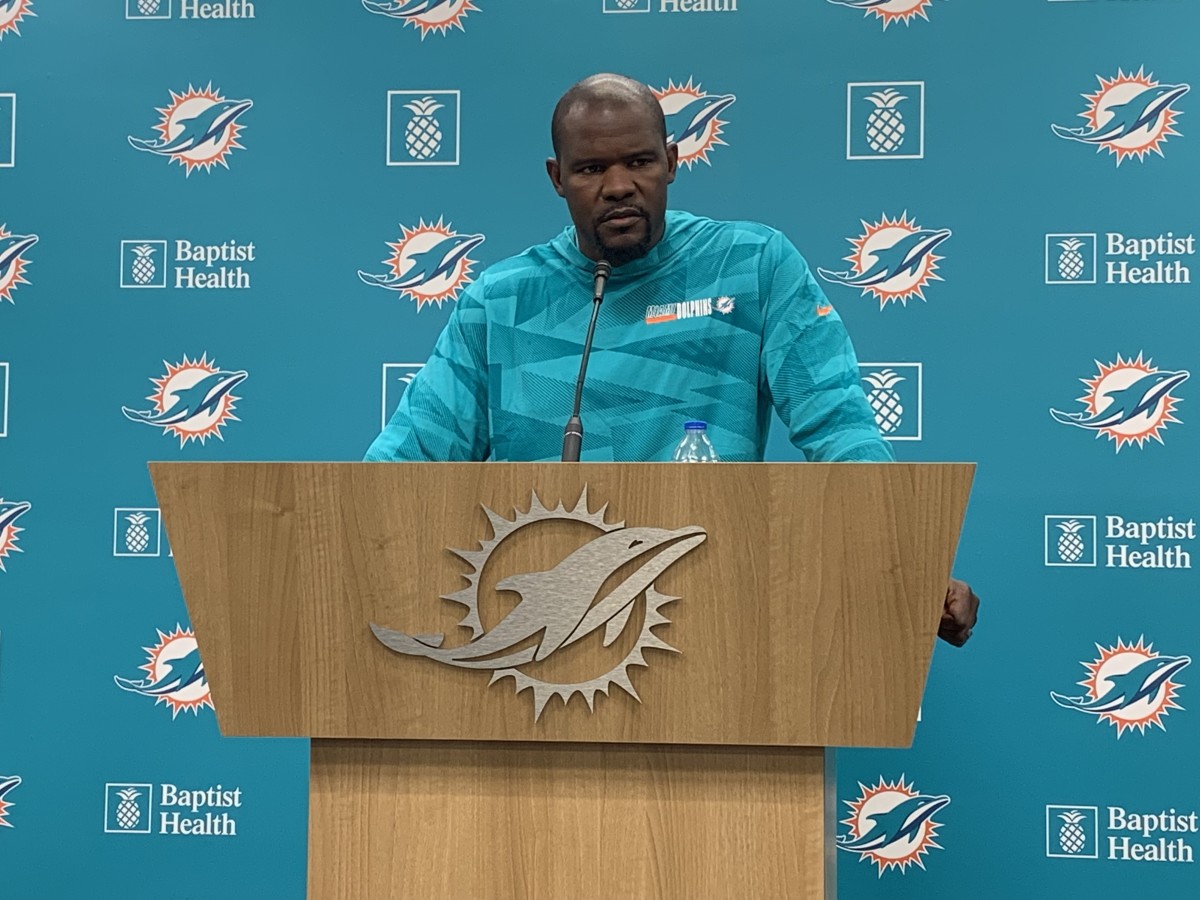 Before the Miami Dolphins practice Wednesday at the Baptist Health Training Complex on the grounds of Hard Rock Stadium, head coach Brian Flores spoke to the media.

Here are the highlights of this session:

– The first question concerns the return of LB Vince Biegel, who was signed in the training squad on Tuesday. “There are a lot of things we love about him.”

– Flores says the guys have “good juice” at Wednesday morning meetings and are rare to start the week of training for the game against Atlanta.

– Tua Tagovailoa reacted well after his first start since week 2. Flores says there was some unease with the rib problem, “but he did well”.

– Flores says the Dolphins want to get back on the pitch and perform better, which makes not having a post-London game pass a good thing under these circumstances.

– There is some familiarity with the Falcons because of the joint training in August because the players are the same, but there will be a lot of changes schematically from the summer.

– Today’s guided tour of the Dolphins was planned due to the long trip the team just made.

– The new offensive line has the opportunity to improve as they play together, and the plan is to continue with the starting squad consisting of Liam Eichenberg, Austin Jackson, Greg Mancz, Robert Hunt and Jesse Davis.

– With the team in difficulty, it is natural that the players try to do more, but the danger is to give up their responsibility in the quest to make a game. “Envy, competitiveness, envy to help our team, that’s it. “

– Flores says: “I always want to feel like we are improving. Whatever the circumstances and the results, you can kind of build on that.”

– Explaining the lack of rushed attempts, Flores says the biggest problem is that the team has to play too often from behind. The dolphins obviously want a better balance in attack.

– Flores remembers Matt Ryan from their season playing together at Boston College, says he “was always a smart player”.