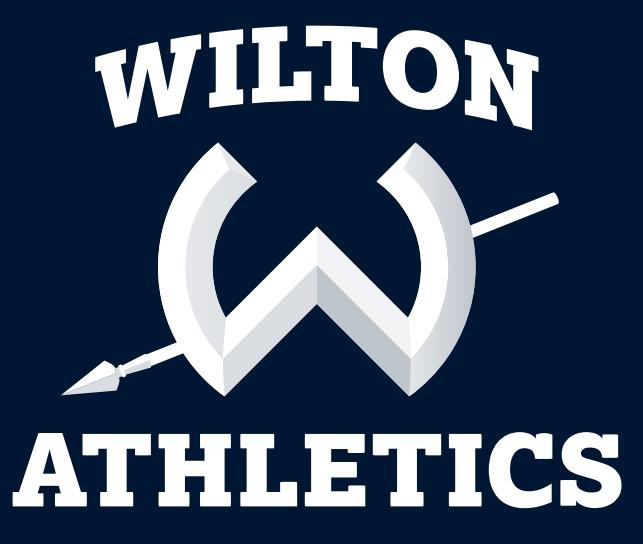 WILTON – Just weeks after a new logo was rolled out at an education board meeting, the district will modify its sports logo with a Roman spearhead to replace Native American imagery in older adaptations logo.

In late August, district parent and graphic designer David Cote of Purple Frog Graphics reworked the original logo into a classic, simple “W” for the Wilton School District. Its goal, as well as that of the district, was to standardize the different interpretations of the existing logo.

During the meeting, Superintendent Kevin Smith unveiled the new logo mockups to the board, which received positive reviews. The logo was to be used for both academic and athletic departments across the district.

However, a few days later, on September 1, Côté contacted Smith.

Côté predicted that the district wanted a “clean break” from all spear-like imagery on its logo, even without feathers, and designed it accordingly.

When Cote said district athletic director Chris McDougal had contacted him about wanting an official logo to use for the athletic staff store, the graphic design professional asked Smith about incorporating any image from Roman or Greek spearhead in its logo.

“I said I can search for images of Greek and Roman spears,” Cote said Friday of his first email to Smith. Soon after, Smith said he was open to the idea of ​​an athletic variation of the logo.

Cote set to work finding the notable differences between Native American arrowheads, which he said were typically “carved and fashioned in stone,” while Greek and Roman spearheads were “shaped and cast. from metal, usually wrought iron “.

“It was important for me to take inspiration from a traditional Roman spearhead,” Cote said, adding that this was the design least likely to be confused with Native American imagery. “That’s what I feel like I’ve accomplished.”

In keeping with the Roman warrior mascot that the district employs at sporting events, Côté was careful to create the graphic image of the spear in his likeness.

After “a few days and a few long nights,” Cote finished the new models and sent them to Smith. The superintendent gave Côté the approval to share it throughout the district.

Côté said members of the football boosters were excited about the prospect of the new logo. So much so that McDougal provided Cote and his graphic design company with a number of the high school team’s football helmets to test out the new design on a sticker to use on game day.

All signs point to the new design being used as the official sports logo for the future, Cote said after speaking with McDougal.

“They’ll have it on their helmets for next week’s game,” Cote said on Friday, indicating that the Wilton Warriors will sport the new logo as they enter the field against North Haven on September 24.

As a graphic designer, but also a “sports dad”, Côté is captivated.

“It will be just as cool (to see the logo on their helmets) as it will be to see all the banners that we have been working on” around Veterans Memorial Stadium, Cote said. “As a designer, looking at this stadium and seeing what you’ve created, with everything going to the next level with the new ‘W’, it’s something super cool. It’s very satisfying.”