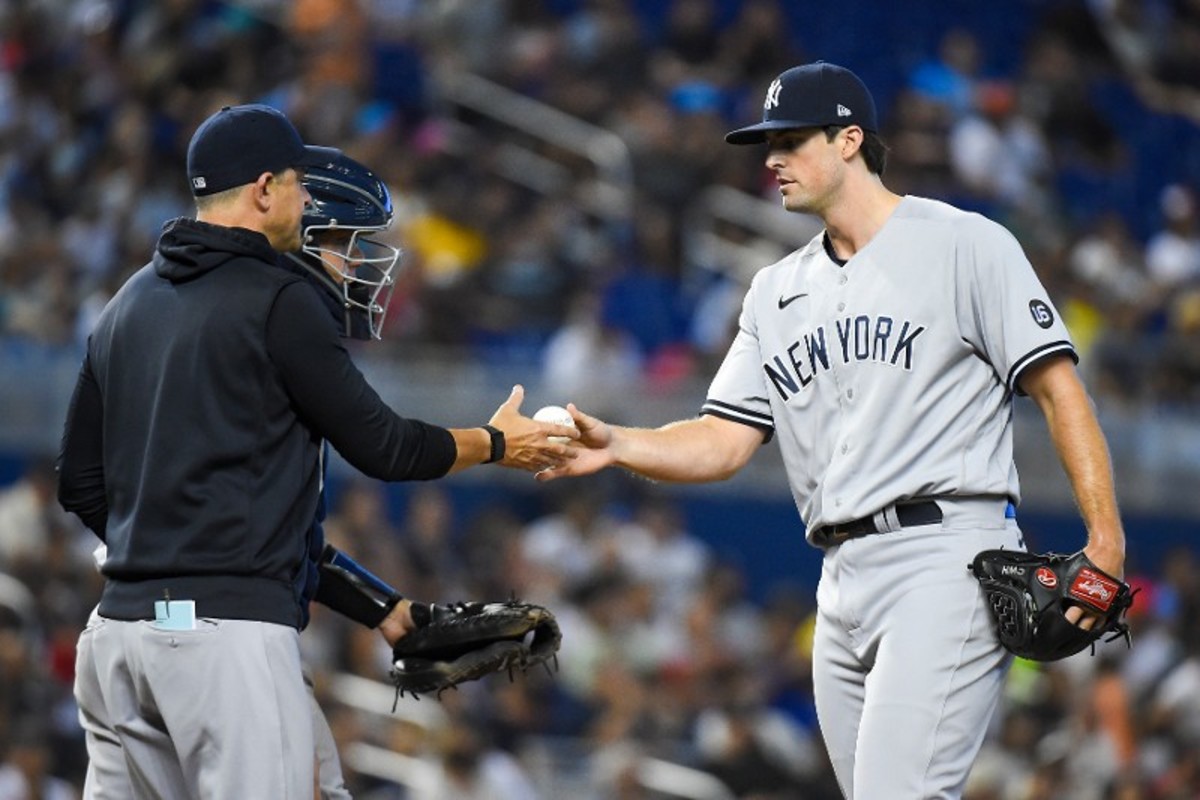 NEW YORK – With the acquisitions of Anthony Rizzo and Joey Gallo by the trade deadline, the addition of Pittsburgh Pirates right-hander Clay Holmes has gone under the radar.

That doesn’t mean it wasn’t a big move for New York, though. Holmes is another arm they’ve had their eye on for some time.

“We were really excited to have him,” Yankees manager Aaron Boone said Friday afternoon. “I think our front office has been targeting him for a while.”

So far, everyone involved has to be happy with the way Holmes pitched baseball. Sure, that’s a small sample size, but it was turned off. In four games coming into play on Friday, Holmes allowed just two hits, striking out three strikes in 4.2 clean innings.

“I really liked what he brought in, especially against the right handed hitters and felt like he was a good addition to some of the guys we have in the reliever box,” said added Boone.

Holmes—acquired in the trade that sent Hoy Jun Park to the Pirates– relies heavily on his lead, throwing it 52% of the time. He may not have the hitters to chase, but he has an elite ability to keep the ball on the ground (72.7 ground ball rate) and consistently induce low contact. Its 3.9 barrel percentage is in the league’s 7th percentile while its .299 xSLG is in the game’s 8th percentile, per Statcast.

Over 44 appearances to start the year with Pittsburgh, Holmes posted a 4.93 ERA. His numbers might not blow you away, but the Yankees believe his best is yet to come.

“We also feel like there is more to that as he continues to improve further as a reliever,” said Boone. “I mean, he’s got great stuff. He really did a really great job coming in and not just showing that stuff but also hammering the strike zone.”

Follow Max Goodman on Twitter (@MaxTGoodman), be sure to bookmark Inside the stripes and come back daily for news, analysis and more.