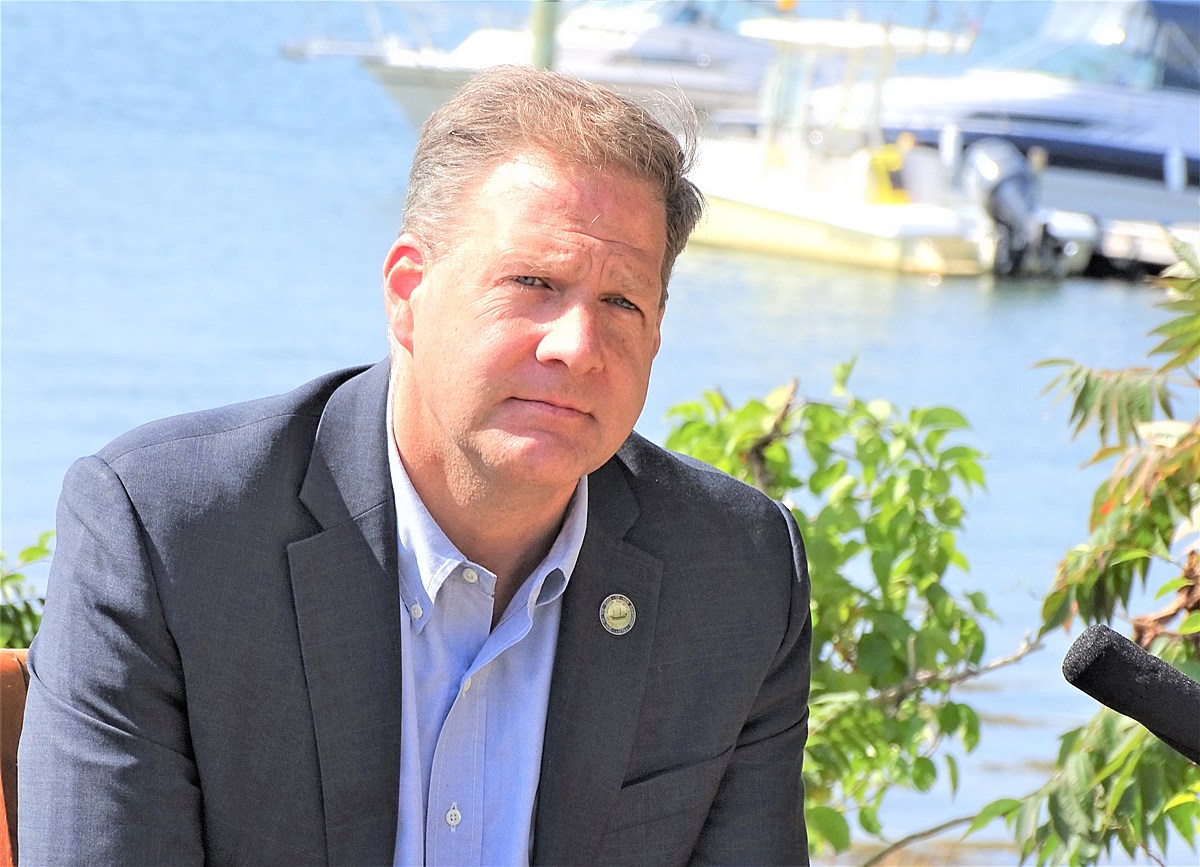 New Hampshire state officials gathered on Thursday to criticize Gov. Chris Sununu for his apparent opposition to a bipartisan federal infrastructure bill, but his spokesperson said he just had questions.

Members of the New Hampshire Democratic Party cite an interview with Jack Heath where Sununu, a Republican, raised concerns about spending in Washington DC when asked about the infrastructure bill.

They released a statement about it on August 9 that included part of the radio segment.

“HEATHER [00:06:14] Governor, we’ll let you go after this because I know your schedule. But very quickly we had Senator Maggie Hassan on the show last week to talk about the infrastructure bill she expects, it looks like it will be voted on in the Senate this week. She is one of the Democratic senators working with Republicans and she has emphasized bipartisanship on this infrastructure bill. I also asked him, beyond the infrastructure bill, if he is passed as is or if he expects to pass on reconciliation, which a lot of people in the public do not know. But on other points of budget reconciliation, if everything was Democrat led by the Democratic Party without Republican support, would it be open to additional spending for reconciliation? And she basically said she would look at some of them in the areas that she thinks are still needed. Do you think we need reconciliation budget spending beyond this infrastructure bill?

I don’t know, it’s 2,700 pages. I haven’t read it. I don’t know exactly where the money is going. I hope it’s actually in the infrastructure. Often times they say infrastructure, it really isn’t. Beyond that, people need to understand that we have 28 trillion in debt. Show me how we’re going to pay for it without putting America on the hook for four generations and generations. So I guess I would leave that as if to say, look, I have some concerns about all the spending coming out of Washington. “

Sununu began to answer the question by saying that anything done in Washington should be done in a bipartisan fashion.

Sununu said the spending to date, not to mention the infrastructure bill, is already causing problems for citizens.

Sununu said federal officials must give states and communities the flexibility to spend the money as they see fit.

Gates MacPherson, deputy director of communications for the New Hampshire Democratic Party, said Thursday that U.S. Senators Jeanne Shaheen and Maggie Hassan deserved to be commended for their hard work.

“This bipartisan bill will fix our roads and bridges, invest in clean energy, provide high-speed internet access to rural areas, improve our coastal resilience, and create well-paying jobs for Granite Staters. But just like with the budget. government, Chris Sununu prefers to play partisan politics instead of doing the hard work of forging bipartisan deals that put people first, ”MacPherson said.

Before MacPherson released this statement, she told a virtual press conference that Sununu was under pressure from Mitch McConnell.

People have been talking about the National Republican Party’s pressure on Sununu for some time.

Many speculators believe Sununu could stand a chance of beating Hassan in 2022.

There was a McConnell-Sununu Exposed statewide tour that stopped in Dover in July.

Grote is concerned about erosion on state beaches.

“Investing in our state is as important as investing in businesses and people,” Grote said.

Sununu spokesman Ben Vihstadt was asked about Sununu’s statement to Democrats criticizing him for his opposition to the infrastructure bill.

Here is what Vihstadt wrote:

1. Nothing has even been promulgated, the governor has not spoken for or against the bipartite bill on infrastructure. But he has questions.

2. The state hasn’t even seen advice on how to spend the dollars, on a document that’s over 2,500 pages long.

3. The governor hopes the federal government will give the state the flexibility to spend the dollars.

4. Until the bill is passed and the state receives advice on what is and is not permitted from Washington, it would be premature and inappropriate to intervene. Many details still need to be worked out.