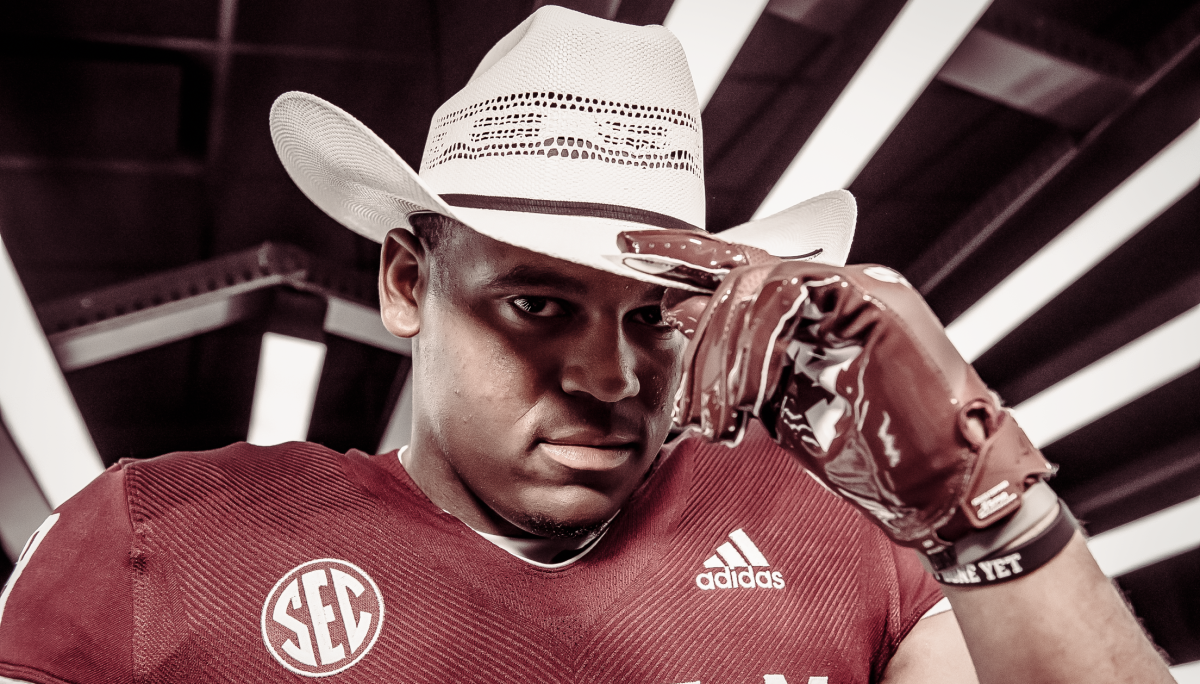 Offensive lineman Kelvin Banks returned from his official visit to Texas A&M on Sunday, completing his official visit tour. All five trips saw him start in Baton Rouge with LSU, go very far west to Eugene to see Oregon, then come back closer to home to see the state of Oklahoma.

From there he completed his last two trips to Austin and College Station with each of the Texas schools. Jimbo Fisher and the Aggies had the last visit, and Ducks Digest caught up with Banks after the trip to get the latest on his recruiting.

Banks’ reviews were positive and I asked him what stood out the most.

“The people over there,” he said. “I know the facilities will always be there. For me the biggest part of recruiting is being with people I want to be with for four years. Being able to pick up and call people after my college career. “

The 6-4, 315-pounder spent time with all the staff, including offensive line coach Josh Henson.

Banks concluded his official visits with a trip to College Station.

“They have a great coaching staff. Last season was a good season. I can tell they are heading for the playoffs.

He spent a lot of time with Layden robinson, a second-year offensive lineman for the Aggies, and said he got along well with the players.

“I saw myself playing with them. They were pretty cool. I had a great time with Layden.”

The Texas Longhorns are also a major player in his recruiting and he referred to his official visit to Austin.

“I had a great time. Just like other schools, it’s a place where you can build yourself as a person – good contact with people, your experience. You know someone can find you a employment after graduation. “

Similar to Oregon and Texas A&M, Banks enjoys the full treatment of Texas staff and has several coaches in mind.

“Dating guys. Coach Sark communicates with me one-on-one, texting me all the time. Coach (Kyle) Flood and Coach (Jeff) Banks every day.”

“The culture is changing right now,” he said of Texas. “It’s different from the former coach who was there. Sark and Flood are going to transform Texas. They could be a good contender in the national championship race.”

Banks also made a trip to Stillwater to check out the state of Oklahoma, a familiar sight since he was committed to the Cowboys until July of last year.

“It’s a great place. It fits my lifestyle,” he said. “It’s a low type place, there aren’t many people there. You can ride horses, go hunting and fishing.

The other SEC team in contention for Banks is the 2019 LSU Tigers National Champion. LSU parted ways with former offensive line coach James Cregg earlier this spring, but it doesn’t look like that will negatively impact the Tigers’ recruiting of Banks.

“I knew Coach (Brad) Davis from Arkansas. Coach (James) Cregg was a great coach – I liked him a lot. It wasn’t a drop in their recruiting for that.”

“There’s not much to say about LSU – it’s LSU. Coach O and the whole recruiting team, it’s a great place.”

And I concluded it by asking about Oregon, a visit Banks made a few weeks ago. Since then, the Ducks have not stopped communicating.

“Every day. (They) text me or call me. It’s good to see that they care about me and want me to be on their schedule.”

Mario Cristobal and his team have made Banks a priority, and he hasn’t been able to name a single coach he feels closest to.

“Really everyone. When I went there Coach Joe (Salave’a) treated me like I was one of his D line team. Coach Mirabal and the coach Cristobal were awesome. It was really good when I went there I had a blast everyone in this staff is wonderful just just nice. “

So what should we take away from all this?

After his official tours have concluded, I think it looks like a three-team race between Oregon, Texas and Texas A&M. It’s going to be a hell of a battle to watch, but I think the Ducks are there.

Judging by the noise, Banks could be about to make a decision.

“I feel like I want to wait. It should be towards the end of July or towards the start of the season.”

A small additional note. I was fascinated by all of the unique photoshoots I’ve seen at schools across the country, so I asked Banks what her favorite photoshoot was.

“The favorite was probably Oregon, Texas A&M and Texas.”