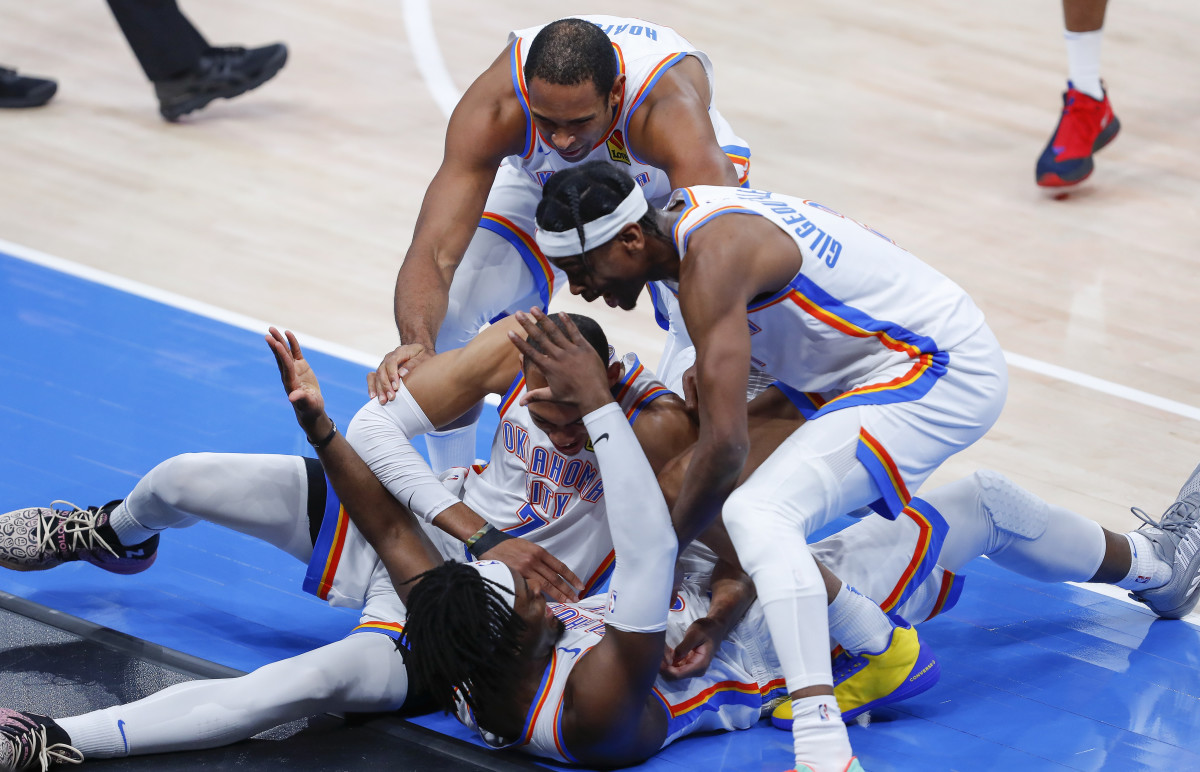 After another reshuffle of the roster, Oklahoma City won’t have high expectations heading into the 2021-22 season.

The Thunder have let go of players like Al Horford and Kemba Walker, and will instead focus on producing players like Luguentz Dort, Darius Bazley and of course Shai Gilgeous-Alexander.

Last season, the Oklahoma City Thunder won the fewest games in its short history. With that in mind, it was a cut short season, so it actually wasn’t their worst all-time record.

With that in mind, I imagine the 2021-22 season could be another of the worst seasons in Thunder history. In fact, 23 wins for a second straight season looks about right. This time around, it will be in an 82-game season, which means their record would be 23-59.

It would be competitive for the worst record in the entire NBA, leading OKC to an excellent first-choice shot in the lottery. Based on the direction they are taking in the rebuild, that would actually be a great scenario for them this season. It’s about developing talent and positioning the team to add another superstar rather than winning games.

The Oklahoma City Thunder enter the 2021-22 season with arguably the worst team in the NBA, but only because we have yet to see the continued development of Gilgeous-Alexander, Dort, Bazley and Aleksej Pokusevski, as well as what a first round draft picks Josh Giddey and Tre Mann can bring to the table.

Gilgeous-Alexander had the Thunder on track to surpass his winning tally last year before being retired for the season, and I think he will have his squad above expectations this year as well.

But in the end, I’m expecting a lot of overly careful load management for the entire roster, which will prevent the Thunder from mounting anything that looks like a challenge for a play-in tournament spot. . OKC should once again find itself at the heart of the race to the top of the Draft Lottery.

OKC currently has one of the worst rosters in the league, even with the star power that Gilgeous-Alexander brings.

Ditching old stars like Horford and Walker means development will be the name of the game for the Thunder this season.

If Oklahoma City’s many young prospects develop and progress as players, the winning tally could skyrocket. But without a clear picture of what it will look like, it’s hard to predict, and it’s unlikely to happen.

I would predict a lot of experimental lineups and use for OKC this season, which historically doesn’t bode well for a young team’s record. But Gilgeous-Alexander is sure to lead the Thunder to a few wins himself.

Do you want to join the discussion? Click here to become a member of the bulletin board community today!