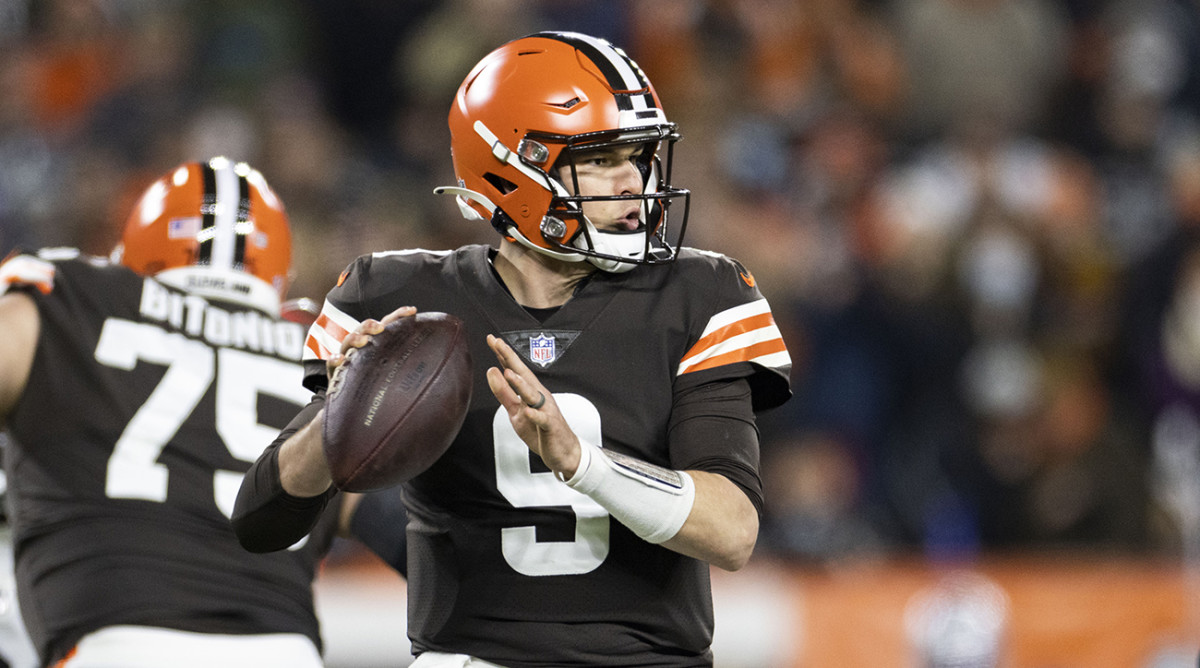 The Raiders announced on Monday that they have signed quarterback Nick Mullens. The signalman journeyman most recently played for the Browns.

Mullens was undrafted in 2017 after four years at Southern Miss, but signed with the 49ers in the offseason. However, he never appeared in a game in his rookie year. He was named the starter in 2018 when Jimmy Garoppolo tore his ACL midway through the season and started all eight of his appearances that year. He finished with 2,277 passing yards, 13 touchdowns and ten interceptions.

He was back in a backup role behind Garoppolo in 2019 but appeared in 10 games in 2020 when Garoppolo suffered multiple injuries. He threw for 2,437 yards, 12 touchdowns and 12 interceptions in 10 appearances. He signed a one-year deal with the Eagles in the summer of 2021 but was waived before even appearing in a game.

Mullens spent last season at Cleveland and just started a game in Week 15 when the team went through a COVID-19 outbreak. Mullens now joins Derek Carr and Garrett Gilbert in the Las Vegas quarterback room.

• MMQB: Who knew about Bruce Arians retirement and when?
• Frank Gore will sign a one-day contract with the 49ers before his retirement
• Colin Kaepernick says he’s ready to join the NFL team, even in a backup role
• RaiderMaven: Dave Ziegler: Darren Waller remains very valuable to the Raiders