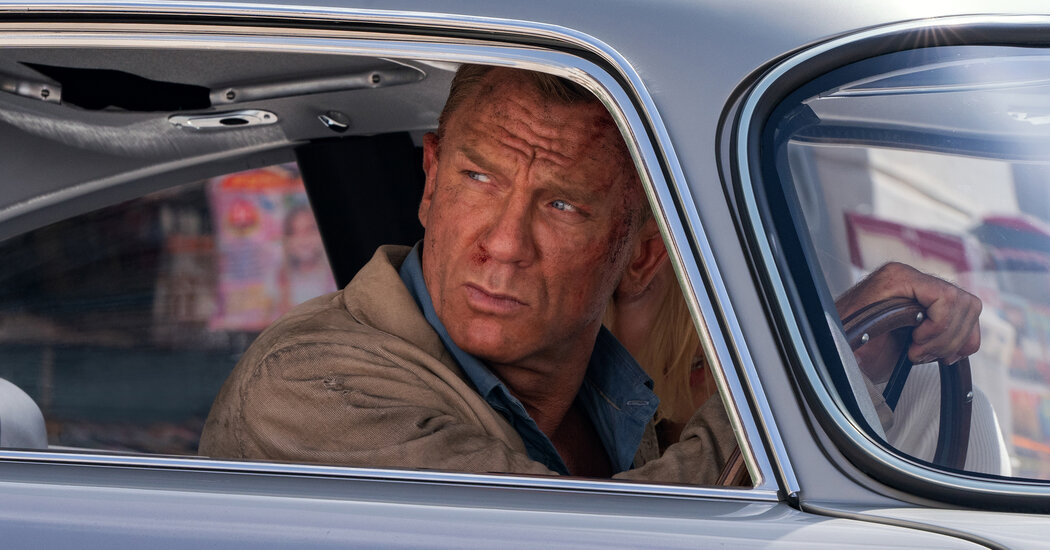 In “Anatomy of a Scene”, we ask directors to reveal the secrets that make it possible to create key scenes in their films. See new episodes of the series on Friday. You can also watch our collection of over 150 videos on YouTube and subscribe to our youtube channel.

The stunts begin early in “No Time to Die,” the latest chapter in the Bond franchise, and the last starring Daniel Craig.

This scene takes place after Bond wakes up from an explosion intended to kill him. He immediately knows that his partner, Madeleine Swann (Léa Seydoux), is in danger. He tries to reach her on foot, but is cornered on a bridge by the same men responsible for the explosion. Deciding that the best direction for his escape is downstairs, he jumps off the bridge using electrical cables threaded into it.

Recounting the scene, director Cary Joji Fukunaga said the locations he, his production designer, Mark Tildesley, and cinematographer Linus Sandgren found during the scout helped direct the narrative direction. They used a bridge in the Italian town of Gravina in Puglia.

The footage was shot with Imax cameras which presented a challenge as they are so bulky. This limited the number of people the crew could use to cover the action. Scenes with this kind of stunt complexity are usually filmed with up to five cameras, but often they only had two Imax to work with at a time. Fukunaga said they had to be very “surgical” when filming to make sure they captured everything they needed on time.

Later in the sequence, Bond is cut off by Primo (Dali Benssalah), who finds him on a motorcycle. Bond jumps on Primo and knocks him off his merry-go-round. To make this moment happen, Fukunaga said he relied on the “Texas Switch”: the camera is on Craig first, but when she pulls away from him, a double enters the shot to perform the stunt. .

Read the “No Time to Die” review.

Sign up for the Movies Update newsletter and get an overview of reviews, news, reviewers’ picks and more.