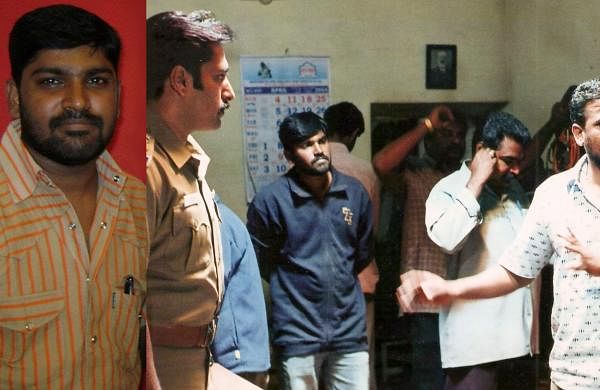 In conversation with Mahendran

When did you realize that cinema was your vocation?

When I arrived in Chennai, it was not my intention to get into the film industry. I was doing a boring job, but oddly enough, the friends I made were all from the film industry. When I used to sit down with them for their history discussions, I ended up having a dilemma whether to try and if so, which department to enter. I took 40 days to make up my mind and finally I decided to become a director. I realized that getting into the cinema isn’t going to be easy, so I started with soap operas and gradually moved on to bigger media.

What have you learned from your directors?

I learned how important perfection is to a filmmaker thanks to Ameer sir. He would never compromise on what he wants to shoot and he wouldn’t care about time or artist call sheets. For Naga sir, the story is of the highest priority and he too wouldn’t let anything get in the way of the vision he has on his mind. Doing this in a calm and collected manner is his specialty. I love the way Prasath sir knows about the dearth of good stories in Tamil cinema and chooses good novels for adaptations. The planning and details of Gnanavel sir is something that I admire too.

What’s the strangest or most memorable thing you’ve seen or done as a DA?

My wife, who was my girlfriend at the time of Raam shooting, called one of the DOP assistants because at the time not everyone had a cell phone. We had a heated argument and I was not in a good mood. We were shooting a sequence of songs that involved a sadhu with a pad of rice (ulakkai). He was instructed by Ameer sir to drop it and let it roll. But I was so distracted and disturbed that when he dropped the rice, I just jumped into the frame to stop him, thinking it was a mistake. The whole unit froze and the silence took hold of me. Ameer sir came up to me and when I got worried about what he would do he just said “your mind is not here at all” and walked away.

What area of ​​cinema have you struggled with but are better at now?

The tech-related aspects like computer graphics and cinematography are something I took a while to figure out because it’s not something you can learn theoretically and requires hands-on experience to master.

How do you see cinema today?

Over the past few years, many young filmmakers have entered the industry and have changed the dynamics of how cinema works over the years in a good way. They also proved that we could make high-level films with a minimum budget. But I feel like their learning process is limited due to the age at which they become filmmakers. I think that the possibility of becoming a director in a short time is not a godsend. If a person becomes a director at the age of 25, what they have seen in your life over those many years is all that will be reflected in your work. They would not have seen the world enough, known many people or read several books. This is why most of the big hits in Tamil cinema today are signed by seasoned directors.

What change would you like to see in Tamil cinema?

The story is the most important part of the film, but not many people have gone out of their way to make it an endearing film. There is so much going on around us that there shouldn’t be a shortage of stories. Directors can read novels and make films of them, but they don’t have the time. The film industry was healthier when it was in the hands of filmmakers, not actors. The golden period of Tamil cinema was when Bharathiraaja, Balachander and Balu Mahendra were active. They could do whatever they wanted and people loved it too. I firmly believe that the industry will come back to the filmmakers.

Who would be the dream cast and / or team for your first project?

Vidyasagar sir is someone who could give good music to a quirky project as well as a commercial artist.