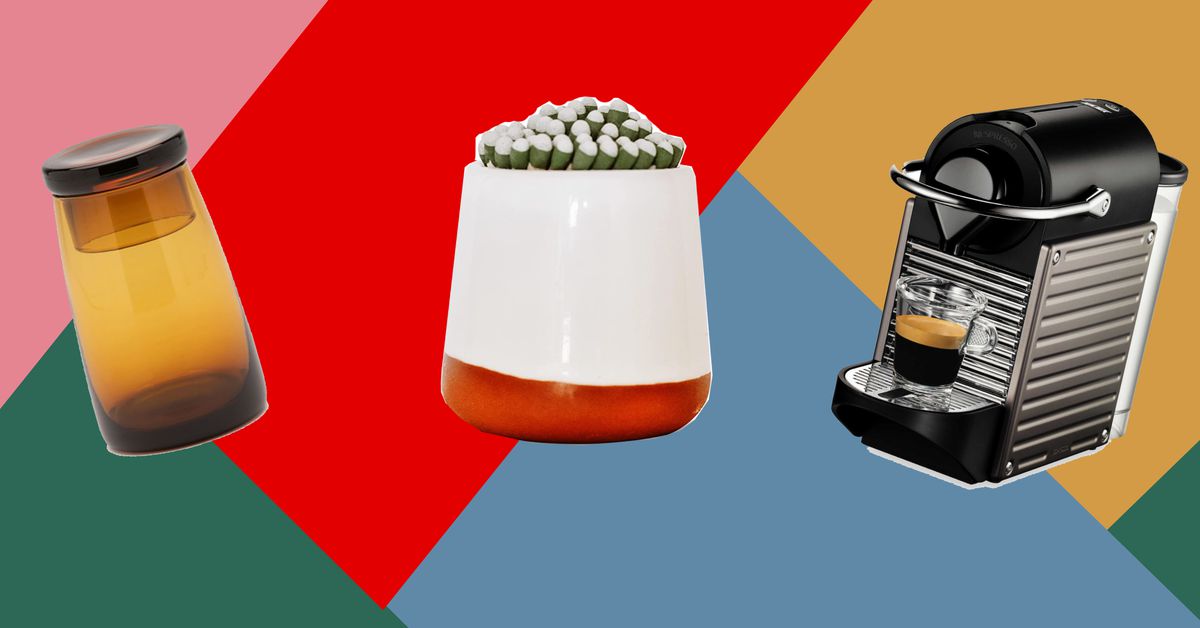 Much has changed since last year’s winter holiday season, a dark time in the midst of a third wave of the COVID-19 pandemic when families were discouraged from congregating and restaurants in Chicago have abolished an indoor eating ban with take out and delivery offers.

This year, the city’s usual seasonal cheer makes a well-deserved return. The pandemic drags on and the Chicago Mask’s tenure remains, but there is much to celebrate, including the recent approval of vaccinations for children aged 5 to 11.

Fortunately, Chicago is full of chefs, chocolatiers, writers, and artists with delicious and delicious products to help us make the seasons bright for each other. Shopping for someone who loves food as much as they love Chicago? Start with one of the following gifts approved by Eater Chicago.

Pastry chef Elle Lei made a splash this fall with a special box of Halloween candy, winning hordes of fans with her colorful, crisp hand-painted candies. Lei now offers her delicate, decadent delicacies in boxes of 12 and 24, with a range of flavors including yuzu, pop rock cotton candy, Mexican hot chocolate, and peanut butter and jelly. Fans can also discover its selection of caramels, sugared almonds, marshmallows and nougat.

Pay homage to one of Chicago’s greatest culinary inventions with a respectful piece of art by local designer and illustrator Grae Rosa. Born from the Puerto Rican community of Chicago, the jibarito – a sandwich of minced or grated beef, tomatoes, lettuce and garlic mayonnaise between two fried and flattened green plantains – is both a cultural symbol and a creating meal. a habit. The print is part of the Chicagotería: Chicago x Lotería de Rosa series, inspired by the famous Mexican card game.

Scare everyone around you with this portable advertisement for Wieners Circle, Chicago’s legendary hot dog stand known for its rude service and late-night festivities. The infamous place reopened in November after a major renovation that also added a bar at the back with draft beer and alcoholic slushies.

There is something heartwarming about having someone inside, someone with connections in the meat world ready to deliver precious cuts of beef on demand. That’s the feeling Patronage Meats customers get when ordering their choice of beef from an Iowa farm with pureblood wagyu cows. Patronage will text customers alerting them the monthly drop is ready and allowing people to feast on a binge eating for any cuts (even ground beef) they desire. An SMS will then ask you for a delivery time and the meat is delivered fully frozen. The weekend package is fully wagyu and includes two steaks, two roasts, 12 burger patties, and three pounds of beef.

Humboldt Park’s first brewery adopted its location inside the Kimball Arts Center with an affinity for sleek design and playful merchandise. This sunny bandana can double as a stylish accessory for humans or furry companions, bringing a splash of bright color to bleak Chicago winters.

Some of the best gifts don’t come in boxes, including donations to groups working to build a better Chicago. Among these is Urban Growers Collective, a local nonprofit organization run by blacks and women that educates teens about environmentally friendly farming and trains new black, indigenous and colored farmers (BIPOC ). Urban Growers Collective is a 501 (c) (3) organization and all donations are tax deductible.

Fans of Aviary, the innovative (and at times satirical) cocktail bar from the team behind world-renowned restaurant Alinea, might recognize the Hublot – an “infusion vessel” with tempered glass windows for added punch. visual. Ambitious home bartenders can aim to impress with their own aesthetically pleasing cold-infused concoctions, oil drinks, teas, salad dressings, and more.

Jeppson’s Malort is the famous liquor that brings people together, for better or for worse. Now that the CH Distillery has the city’s famous bitter spirit, product ideas are rolling. Enter the Chicago Handshake drinking card game, something for true Chicagoans or Schaumburg natives who aspire to be a native. There are plenty of Chicago trivia written on the cards that are meant to be stained with mustard (never ketchup).

Chef Edward Kim has won legions of fans with his creative Korean-American hotspot Mott Street, so it can be difficult to land a table at times. Taste Mott anytime you want with Kim’s flavorful and addicting blend of soy sauce, jaggery, chili, ginger, and fish sauce, which pops up on the spot on her popular chicken wings.

“The Mysteries of Tita Rosie’s Kitchen” by Mia P. Manansala

Cookbooks are all well and good, but there is a special thrill that comes with opening up a sumptuous mystery simmering with humor and dramatic tension. Chicago-based writer Mia P. Manansala offers his current series, The mysteries of Tita Rosie’s kitchen, revealing the exploits of Filipino-American protagonist Lila Macapagal and her close restaurateurs who solve crimes in their spare time. Set in the fictional suburb of Shady Palms, Illinois, the series so far includes two volumes: Arsenic and Adobo and the next one Homicide and Halo-Halo.

Keep Chicago’s blustery winter weather at bay with a cozy beanie from Turner Haus Brewing, a local black-owned craft beer maker with a shared tap room in Bronzeville and a standalone outpost on the way.

All Bagel Spice from Galit

Maximalists, rejoice: “Everything” bagels and their more is more philosophy are still very popular, but you don’t have to spend the money in the big grocery chains to have fun. Instead, turn to award-winning chef James Beard Zach Engel and his team at Galit in Lincoln Park for their version of the Crispy Topping.

“Cheese, sex, death: a bible for those obsessed with cheese” by Erika Kubick

Former local cheese maker Erika Kubick urges readers to join her in worshiping at the curd altar in her new tome Cheese, Sex, Death. A free read that covers everything from the history of cheese making to the commandments of storage, serving, tasting and plating, the book is described by Kubick herself as a testament to the “eroticism of cheese.” .


Register to receive the newsletter

Information on purchases and choice of products for gourmets