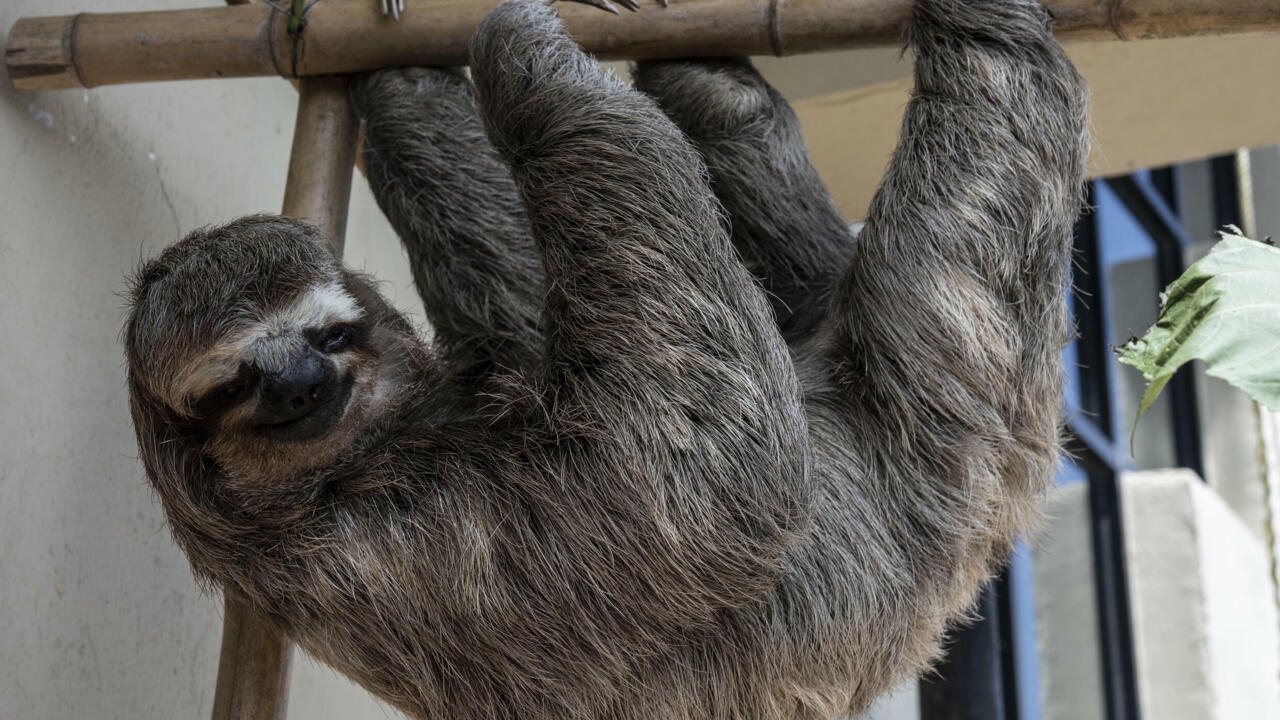 Haydee Rodriguez just freed a sloth named Maruja 58 in a wooded area outside of Caracas and watches her settle in.

“Look how pretty! It’s dancing in the trees,” said Rodriguez, who, with her husband Juan Carlos, shares a passion for lethargic mammals that spend a lot of time upside down in the treetops.

Maruja 58 is the 58th sloth the couple rescued, treated and freed through the Chuwie Foundation, the organization they founded that works to help these animals from the rainforests of Central and South America.

Chuwie was the first sloth they saved, and his face is the logo of the foundation, located in San Antonio de los Altos, a suburb of the Venezuelan capital.

“We also want to help with research. To know how many lazy people there are, for example, and how they live,” said Juan Carlos Rodriguez.

There are no official figures on the sloth population in Venezuela, but deforestation in Latin America has reduced the size of the animals’ habitat, according to the World Wildlife Fund (WWF).

The International Union for Conservation of Nature says the three-toed pygmy sloth is endangered and another species, the three-toed-maned sloth, is considered “vulnerable.”

Near Caracas, sloths face three main threats: dogs attacking them, getting run over by cars and, most importantly, high-voltage wires that run through wooded areas. The sloths try to cling to it and are electrocuted.

This is what happened to Chuwie. He lost part of his left arm and suffered severe burns. The Rodriguez family, who had given the injured animal to a veterinarian, adopted him.

To spread the word, Haydee, who works in media, and Juan Carlos, graphic designer, created a social media account – @Chuwieegalan – which now has nearly 10,000 Instagram followers.

They learned how to care for these animals from environmental experts in Costa Rica, and in just a few months, the Rodriguez family began going out to help the injured.

“Without even trying, we became lazy rescuers,” Haydee said.

She and Juan Carlos have kept their day jobs, but lazy people now occupy most of their time.

They currently have six sloths with them at home recovering so they can be released. One was badly bitten by dogs, a baby was found without its mother, and another was shocked by a high-voltage cable. The couple want to build a larger facility to house more animals.

Juan Carlos goes out every day to find fresh leaves from specific trees to feed the sloths he hosts, and says he needs 1.6 kilograms (3.5 pounds) of them.

To pay for all of this, Haydee Rodriguez has developed and now sells things with Chuwie’s face on them, like caps, coffee mugs, T-shirts, and earrings.

“People are really moved by Chuwie. He’s a survivor,” says Juan Carlos, “but we can never free him.” The animal is severely disabled now.

On their website, the couple carefully avoid posting pictures of themselves with Chuwie in their arms.

“These are not pets or stuffed animals,” Juan Carlos said.

“Sloths have the curse of the everlasting smile. Even when they are in agony, it looks like they are smiling,” he said, adding that people who want to domesticate them are one of the dangers to which these creatures face.

When a phone rings unexpectedly, they learn that a sloth is in danger. Juan Carlos and Haydee jump in their car and run to a nearby neighborhood.

A sloth hangs high on a palm tree after fleeing from a dog who bit him on the leg, says dog owner Maria Antonia Mugica.

“He was going up and down, and he’s been there since yesterday,” Mugica said. “I called so he could be rescued.”

Juan Carlos manages to bring down the sloth. The animal is fine, but they must move it away from the residential area.

A few miles away, the couple spot a high-voltage wireless area with the kind of trees sloths like. They release this new assisted. Her name is Maruja 58.