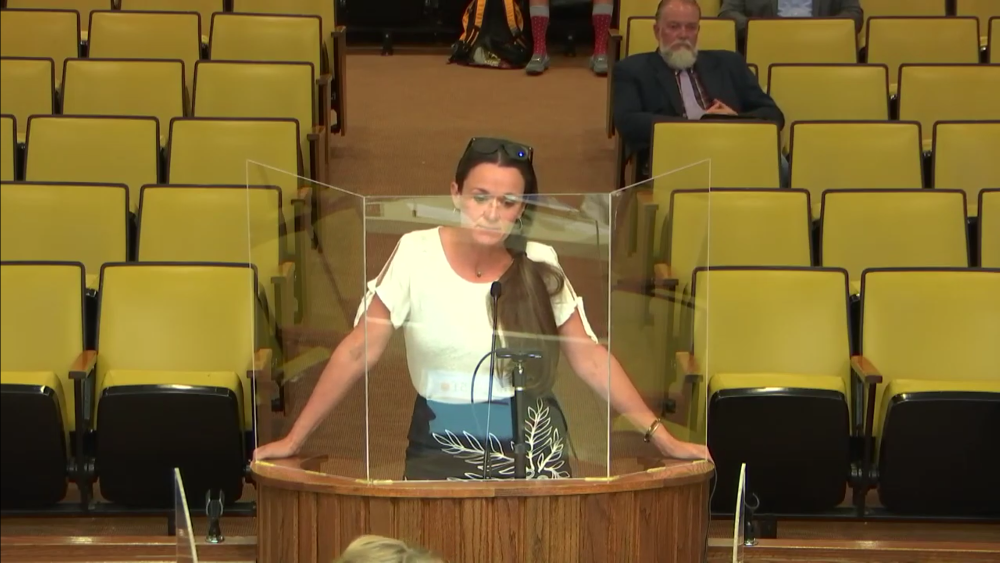 CASPER, Wyo. – Casper City Council interviewed nine candidates to fill a vacant seat in Ward 1 on Tuesday, September 15. The board selected Jai-Ayla Quest after interviewing each of the nine candidates.

Each of the contestants shared some things they think Casper needs to see. Each candidate was invited to answer the following questions:

Candidate Shannon O’Quinn, a freelance contract designer and member of Casper’s LGBTQ Advisory Board, told city council that although she was born in Wyoming, she has also lived in cities like Denver, Atlanta and Washington. DC

The article continues below …

Working as a graphic designer for over 20 years, O’Quinn said she has been fortunate enough to work with companies like Coca-Cola, AT&T, NBC, CNN, the Atlanta Braves, the Denver Nuggets and Solomon. Skis.

She said that when her now five-year-old son was born, she was given the opportunity to move out.

“It was a no-brainer,” O’Quinn said. “I wanted to go back to Casper. I think it’s old fashioned and a little weird. It is made up of honest and hardworking people. I love it about Casper.

However, she said there are some things that are holding Casper back. O’Quinn said she had the opportunity to hear National LGBT Chamber of Commerce co-founder and president Justin Nelson, from Casper, speak this summer.

O’Quinn said she believes there are ways for Casper to be more inclusive without losing the good characteristics the community already has.

“I believe there are ways to keep everything unique about Casper – you know, that old-fashioned sense of security that we all love and that just makes him special,” she said. declared. “I think there are ways to get things done and make it a more progressive city that will see this tourism, which will make people want to stay here, and that’s what’s important to me.”

O’Quinn said that as a graphic designer, a big part of her job is hearing criticism about potential design options she presents to clients and making adjustments until the best solution is found. .

“I’m very good at taking criticism, I’m good at working with people, and I’m good at listening,” she said.

O’Quinn said she doesn’t follow City Council’s agenda from week to week, but read a lot of headlines on social media, paying attention to areas that interest her.

She said the things that are most meaningful to her relate to some of the inclusion work that the Casper LGBTQ Advisory Council is working on.

O’Quinn said she was hesitant to apply for the vacant board seat because of her son.

“I am a single mother of an adorable five year old,” she said. “Doing this job would mean that one night a week I would be away from him.”

O’Quinn said she was thinking about how serving on the board might mean she would have to miss her son’s soccer game or that she couldn’t comfort him if he doesn’t feel well on a night when she has functions on the board.

However, O’Quinn said that after considering these concerns, she decided to apply as it would be worth it to set an example for her son by serving the community in this way.

O’Quinn said she was not yet sure whether she would stand for re-election in 2022 if nominated to the vacant seat in District 1. She said she thought it would be a decision she could make. after learning what it’s like to serve on the board.

She said being a member of city council would be “very new to me” and that she is ready to learn.

The full list of the nine candidates who were interviewed on Tuesday for the vacant Ward 1 seat was as follows:

Interviews with candidates can be streamed via the Town of Casper YouTube channel: