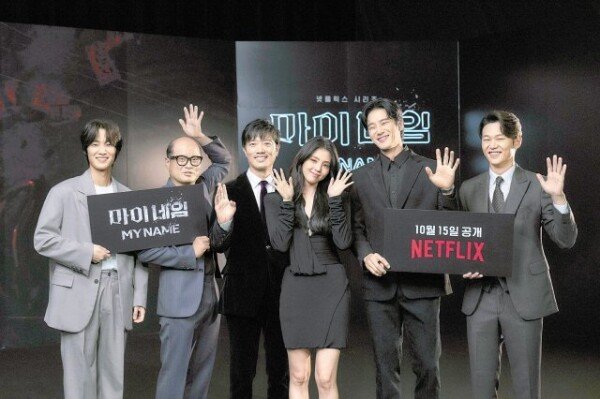 “Once you get started (the first episode), you won’t be able to stop until you’ve finished it all,” Kim Jin-min, director of the Netflix original series “My Name,” said in a statement. live online production presentation. broadcast on YouTube Tuesday. His remarks grabbed attention because they came from someone who topped Netflix’s nationwide streaming rankings with “Extracurricular”.

“My Name” is expected to become the next “Squid Game”. Indeed, the series is directed by Kim, who has been recognized for both the quality and popularity of his previous work in dealing with the story of a teenager entering the criminal world, like a prostitution ring. The crime thriller “My Name” with Han So-hee, Park Hee-soon and Ahn Bo-hyun tells the story of Ji-woo (played by Han So-hee) who becomes a member of the organized crime network “Dong-cheon , “Of which his father was also a member, to avenge his father’s murder. After learning from Moo-jin, his father’s friend and Dong-cheon’s boss, that it was a cop who had killed his father , she secretly goes to the police department as a mole.

For the wild action scenes, the actors trained at an action school two to three months before filming. Most of the action scenes in the eight-episode series were done by the cast without the help of wires or computer graphics. As if mirroring the show’s expectations, the share price of Studio Santa Claus, the producer of “My Name,” jumped 13.85% to close at 3,700 won.

Director Kim looked confident and said, “Once you get started (the first episode), you won’t be able to stop until you’ve finished everything.” On the other hand, the cast looked nervous. Han So-hee said she was a little nervous and felt pressure and Park Hee-soon said he was both excited and nervous. “My Name” is also drawing attention as it is the next work from director Kim, who directed the Netflix original series “Extracurricular”.